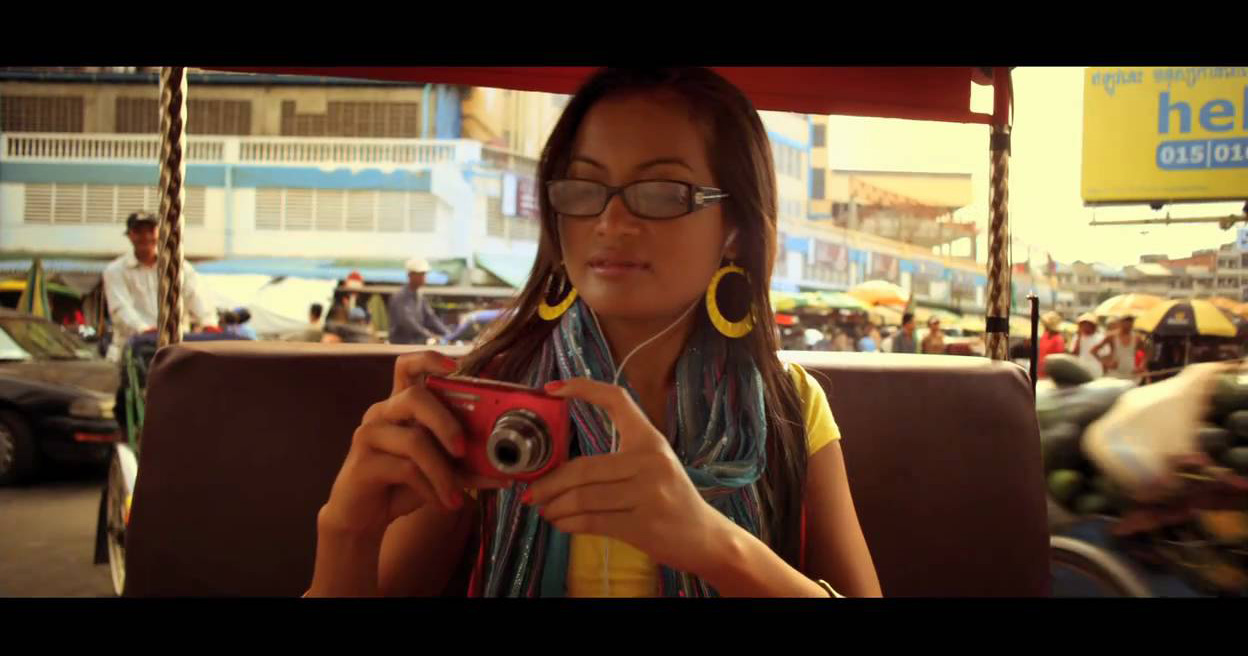 Luck be a sister

They say you should follow your heart. But the heart can be a bad guide at times. It can lead you down the wrong path, to chance encounters with the wrong people, and even a brush with death. But no, all that won’t stop Sovanna, a headstrong young Cambodian woman, who, after receiving news that her long-lost siblings might still be alive back in Cambodia, decided to leave behind a waitressing job (or rather “maitre d” position, as she euphemizes), an Anglo boyfriend, and a deadbeat dad to head back to her homeland to find her sister and brother.

“Two Shadows” is the impressive second effort in what appears to be a Khmer-themed film series by writer/director/producer Greg Cahill. His first project was a short film called “The Golden Voice,” which recounted the last days of famous singer Ros Sereysothea before her disappearance (and presumed death) during the Khmer Rouge regime. Though a fictional interpretation, it garnered much support and interest, ultimately leading to “Two Shadows,” a full-length drama that not only reunites but further proves the talent of Greg Cahill as a director and Sophea Pel as an actress. 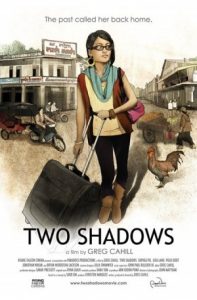 Despite a serious overtone, Cahill incorporated some dark humor in the film, to great effect. His comedic timing was surprisingly on point. Sophea Pel’s portrayal of an independent spirit on a journey was delivered in a convincing manner. A Khmer young adult engaging in uncomfortable dialogue with a parent or elder was nothing new; however, she tapped into something inside and made it work on screen. The rest of the cast also did a commendable job. Muny, played by Polo Doot, Sovanna’s personal chauffeur, gave the generic good Samaritan role a much needed lift.

But the person I thought who really stole the show was Lida Lang in her performance as Sovanna’s younger sister Reaksmey, or “Lucky.” It’s unclear whether she’s had acting experience, as her name cannot be found anywhere else, but she was absolutely phenomenal. One of the hardest things to capture when delivering lines in Khmer, that I’ve observed, is making it sound natural, which Lida did; there were rarely instances of forced delivery. She didn’t sound as though she was acting. With proper project selections and the right opportunity, she may well be on her way to stardom. A personal highlight of the movie was seeing a cameo of the sister of legendary singer Ros Sereysothea serving as a guide to Sovanna. During the Q & A segment after the film, Cahill professed to be a huge fan of Ros Sereysothea so inviting her sister to be part of the film was quite a gesture of respect. Kudos, Greg.

One slight issue with the movie was perhaps the depiction of the treatment of tourists by Cambodian citizens. It’s understandable as a plot point to move things along, and may even have some truth behind it (we’ve all heard stories about foreigners being taken advantage of), but that indirect commentary on the issue might seem uncalled for to especially sensitive viewers.

Ultimately, “Two Shadows” used a somewhat generic plot to examine present-day Cambodia. When Sovanna arrived there, we too see the development of srok Khmer after its traumatic experience and the juxtaposition of the city life with the country life (which even after all these years looks majestic). Through the protagonist’s trials, we see the different cultures that make up her ancestral country. The open market, the fishing harbor, and the karaoke bars, though only glimpsed, still showed an active economy. Also, despite negative connotations involving some aspects of Cambodia’s society, its heart is still beating. Cahill did an excellent job giving us a peek at the vibrant life in Cambodia that persists to this day. The film was damn entertaining.