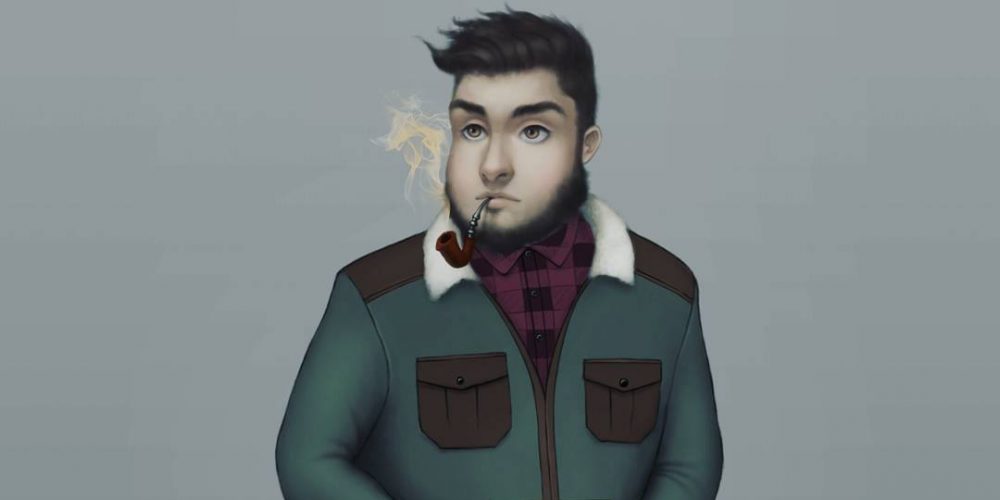 “I personally wouldn’t say that I have a coherent art style as much as per se a set of habits that I fall back on every so often (i.e. projecting my facial features onto my characters). I do like to think that I’m quite influenced by lots of digital artists of our current time. A few examples would be Harteus, C.Bedford, Phenergan, Ruan Jia and Kytten Janae. On the contrary, I quite often tend to find myself admiring accomplished traditional/classical artists more to a certain extent. I think most of that is due to recognizing the skill required to be proficient with traditional mediums. I especially find it interesting to research classical artists and examine what types of subject matter they worked with in comparison to today’s various artistic movements. With that said, some of the traditional artists I deeply admire would have to be Ayami Kojima, Yoshitaka Amano, Alphonse Mucha, Salvador Dali, Rembrandt, Bob Ross and recently, Andrew Hem. As far as other inspirations go, I’d have to say that things such as music, memories, theories and abstract visions also fuel my creativity.”