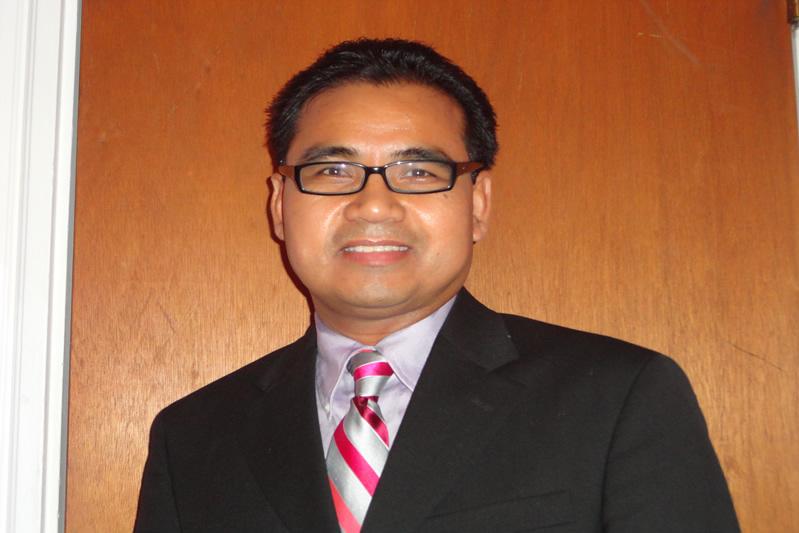 Born in Koh Kong province in 1967, Hong Net was one of the many people who had been forced to migrate to the rural areas of Cambodia to be “re-educated”.

LYNN, MA – Unlike his American political contemporaries in the community, City Councilor-at-Large candidate Hong Net’s historical background includes being an orphan, a wartime refugee camp, and immigration. During the Communist Khmer Rouge reign (1975-1979) under Pol Pot in Cambodia, Net and millions of others endured the hardship of forced labor in the rice paddies, which were infamously known as ‘The Killing Fields.’ In January of 1979, the Khmer Rouge finally fell to Vietnamese-led forces who had occupied the country. Unfortunately, though, in the end over a quarter of the total Cambodian population had perished under the merciless regime.

Born in Koh Kong province in 1967, Net was one of the many people who had been forced to migrate to the rural areas of Cambodia to be “re-educated” about the ideals of an agrarian utopia under the new Communist government. In the midst of the mass evacuation, he was separated from his biological family but was later able to escape to an orphanage center in a refugee camp in Thailand. However, it wasn’t until 1982 when Net arrived in the United States. Although he was alone and completely new to the country, he was able to live with a foster family in South Hadley. But as with many immigrants, adapting to a new life was difficult. “I was very fortunate because my foster family, the Johnsons, raised and supported me as their own,” he said. “However, it was a little challenging for me at first because of the language and food.”

Although he didn’t grow up in a large community of Cambodians, Net still felt a real connection to his people and native country. It took him a little over a decade to return to Cambodia for a visit. “When I first went back in 1993 and [saw] the destruction of the country and the living condition of Cambodians, it made me cry,” he recounted. “When I saw children, elderly people and the handicapped veterans begging on the streets, it reminded me of my childhood while living in the refugee camp without my parents [and so,] I made a promise that I would go back to help them.”

Honoring his promise, the following year, Net returned to Cambodia to work for a local non-profit organization and the United Nations Development Program (UNDP), assisting the government in job creation, education, and tourism. He also founded an International Language Center in the capital city of Phnom Penh, where he and 27 of his staff members taught English and computer skills to over 800 local students. Three years later, in 1997, he came back the US where he continued his work teaching immigration and citizenship classes to new immigrants in Lowell. He also worked as a case manager in the South Cove Community Center in Lynn and Boston, focusing on youth gang and substance abuse prevention.

Having received numerous opportunities and privileges in America, today Net aspires to pursue an even more ambitious path for himself: running for City Councilor-at-Large of Lynn, MA. Offering one of the reasons behind his decision to run for office, he said, “I have two small children in the public schools and have lived in Lynn for 14 years. It is my home, and I would like to give back in a public capacity.” Currently, there are a total of ten candidates vying for one of the four open seats in the City Council this year. In addition to giving back to the community, Net hopes his diverse background can broaden the representation of communities within the City Council. “Lynn is a very diverse city, and it needs diverse representation. I decided to run because I would like to represent all voices,” he continued. “My vision is a unified Lynn where all residents have a voice at the decision-making table, [but for now] groups including Cambodians are under-represented because all policy-makers and department heads are not as diverse [as could be].” When asked further about using his ethnic background to show diversity, he responded, “At this point, there are no other [persons of Cambodian descent] in public office.”

Aside from his cultural background, Net specifically addressed pressing issues for the city that he hopes to bring to the forefront in his campaign, such as public safety, education, and the local economy. For each of the three issues, Net provided ideas for changes he plans to make if elected:

From the atrocities of the Cambodian genocide to running for City Councilor-at-Large in Lynn, many might say Net’s story is the epitome of the American dream. He holds a bachelor’s degree in political science from the University of Massachusetts at Amherst and a master’s degree in International Relations. Currently, Net works for the Massachusetts Department of Revenue as a child support enforcement specialist. “As the first Cambodian to run for a city-wide office in Lynn, I hope to bring a little diversity to a decidedly non-diverse city council,” he said. Net is optimistic about his chances of winning the local primary election, which will be held September 20th.  “Our campaign brings a positive message and draws many people to register to vote, and gets many people involved in the political process,” he said. “I am very excited about the progress we are making.”

The general election will be held November 8th.