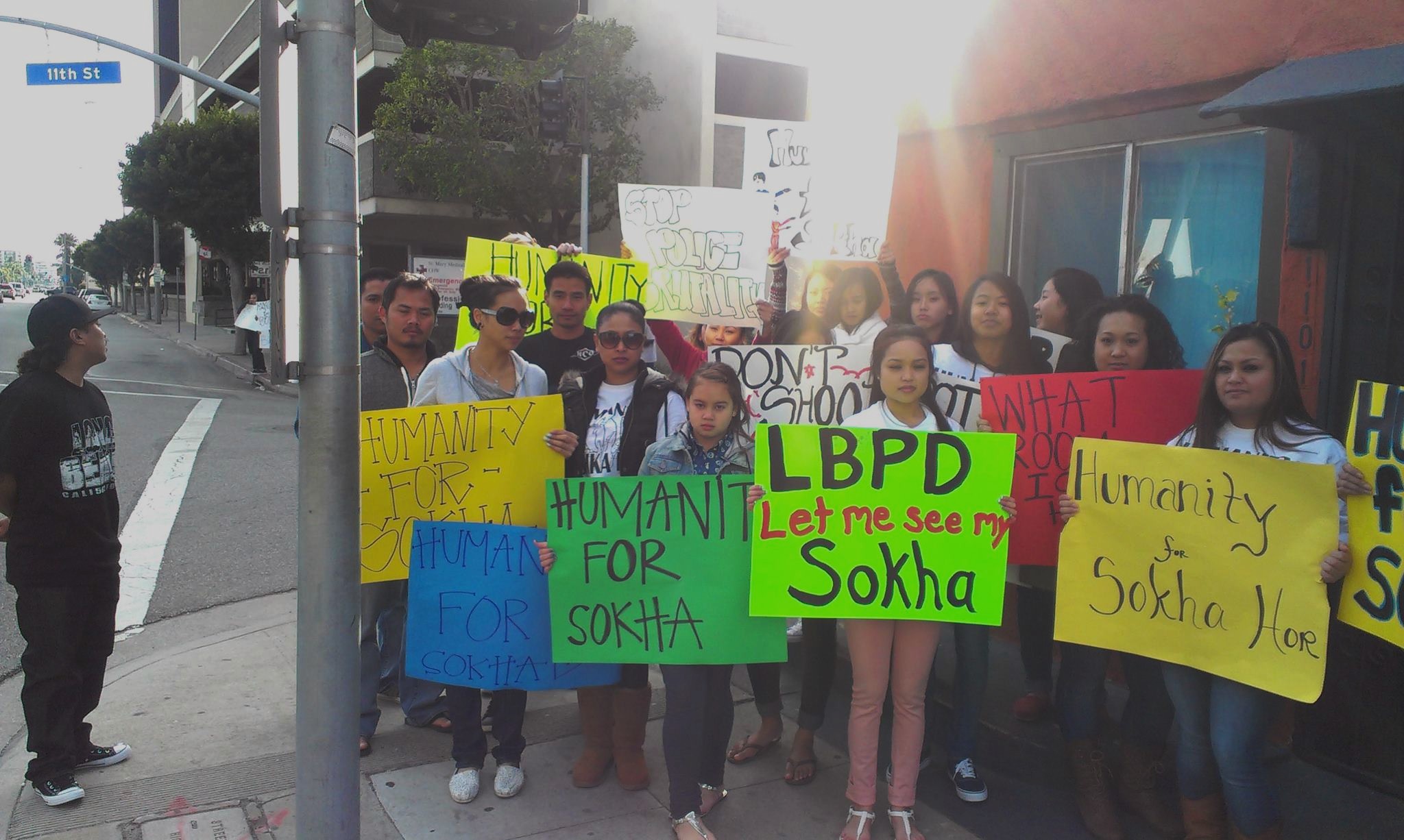 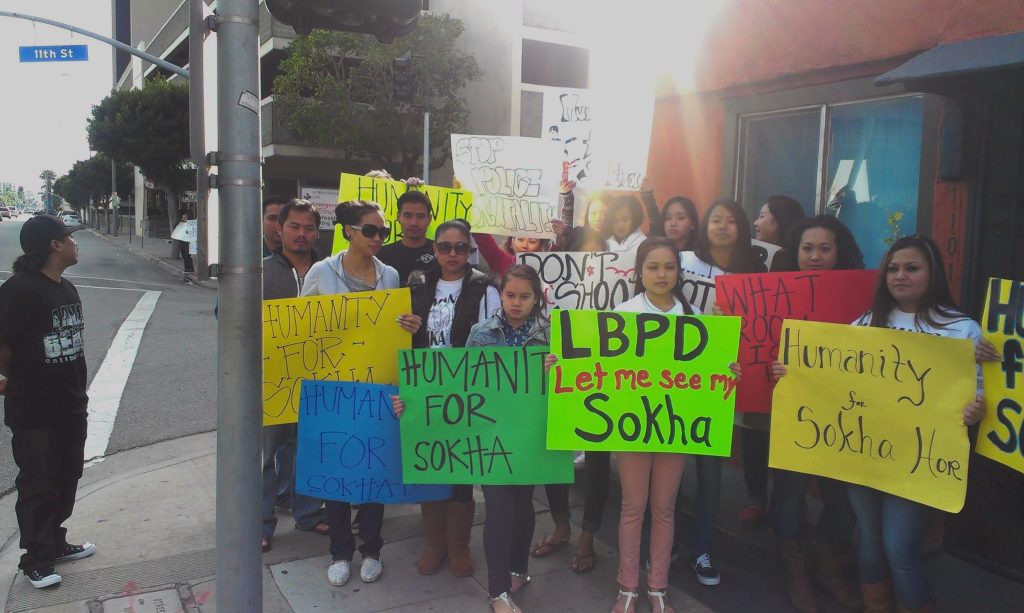 Youth advocates stage a demonstration against violence after a police shooting of Sokha Hor, a Cambodian-American last week.

Long Beach, CA — Over 60 demonstrators demanded “humanity for Sokha” outside of St. Mary’s Hospital on January 13, 2013. Monday night of the previous week, Sokha Hor, 22, was shot by a police officer near his home during a search for a burglary suspect in the Cambodia Town neighborhood. Officers responded with deadly force after Hor allegedly brandished a gun as he was exiting his vehicle. The police officers administered first aid to Hor, who remains in critical condition under police observation. 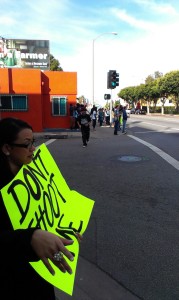 “Don’t Shoot Me!” shouted a protester as a police vehicle drove by the corner of Atlantic Ave and 11th St.

According to the Long Beach Press-Telegram, Hor will face a charge of burglary and a weapons violation. At the time of the shooting, a gun was reportedly found on the scene, and two assault rifles were discovered after a follow-up weapons investigation. Eyewitnesses stated that undercover police officers blocked Hor’s vehicle at both ends of the alley he was attempting to flee when he was shot at, twice, with one bullet hitting his chest.

His immediate family members claimed they were denied access to information about Hor. As they attempted to locate Hor, his family said that the detectives refused to give them information about which hospital he was being treated at or his current condition.

According to community activists, including Barry Prak, Diwaine Smith, and other members of a local youth advocate program, the demonstration was organized to, “bring awareness to the issue of police brutality and asking for justice in the wrongful shooting.” 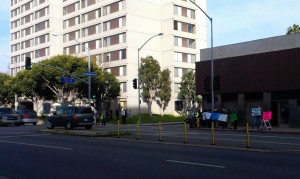 Long Beach residents of Cambodia Town join together to demonstrate against violence after the police shooting last week.

“The police shot my brother. This is not okay!” said Sokhom Hor, Sokha’s sister. “What is happening and how the police keep changing their story makes me not want to trust what is written in the newspaper. I know he was a known gang member and not an angel, but to surround him and shoot him? The officer was trigger-happy. His girlfriend, who was a passenger in the car, told me that she never even heard the cops identify themselves. It happened so fast.”

Hor’s girlfriend said, “Three SUV-type trucks pulled up and boxed them in, with the light shining bright in their faces.” She couldn’t see whether it was his friends playing a trick on him or whether they were police. “As soon as he [Sokha] opened the door, they shot at him twice.”

The Cambodian man’s sister has also come under scrutiny. “Since then, we have been surrounded by cops outside our home. My other brother was pulled over for no reason, and just yesterday, I was pulled over. Why? Do I look like a gangster too? No,” said Sokhom Hor. “I feel like they [the Long Beach Police Department] are harassing me and my family… Finally, when I spoke with the detective, she is telling me that my brother is on life support.”

There will be another rally at the corner of Atlantic Ave and Eleventh Street on Sunday, January 20, 2012 at 1 pm.