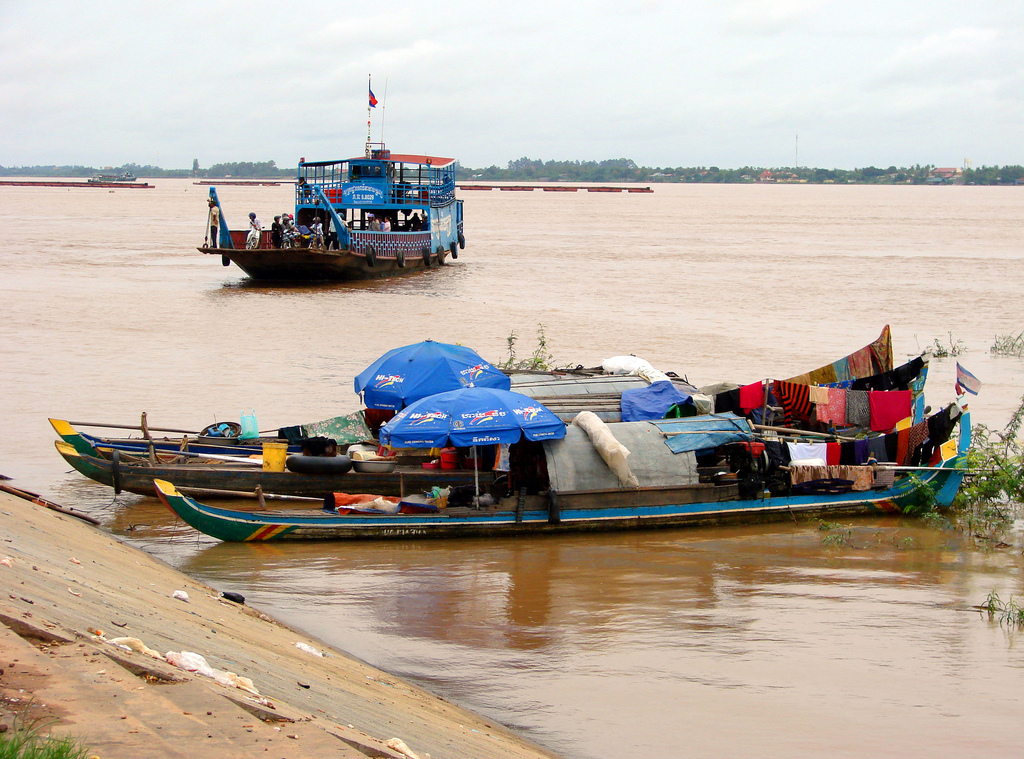 Amsterdam, the Netherlands – Cambodian French Mr. Kim would call himself a nationalist, but in a positive sense. He says his biggest motivation is to free Cambodia from “foreign influences,” especially the Chinese. He wants to contribute to his homeland’s economic survival by educating and training the young for the competitive job market within ASEAN, the ten-member Association of Southeast Asian Nations.

Kim started an NGO aimed at the formation and education of a technician cadre. He wants to restore Cambodian’s appreciation for vocational training. To his thinking, since many of the institutions of Cambodian higher education are unaccredited and fatally corrupted, a redress of practical skills training should positively impact Cambodian society. He is in direct contact with the government to reach this goal.

From the outset, Kim has called upon members of his social network, most of whom are within the Cambodian French community, to support his cause financially and as trainers and advisors. Also, he has engaged national and international French organizations to give him monetary support as well as provide him with overseas internships and on-the-job training opportunities. For all intents and purposes, his NGO is truly transnational.

Although this gives Kim a generous reserve of resources to mobilize, it also requires him to invest a lot of time in the travel needed to maintain his network and bring all his (inter)national resources together. Judging from the results, he has been successful in the promotion of his cause, having attracted several significant donors that have made long-term commitments. Also, he has established formal memoranda of understanding with relevant Cambodian ministries. By French funding agencies, Kim’s NGO is considered exemplary for diaspora organizations, as it is self-sustainable by obtaining technical maintenance contracts with local organizations that allow for training the students and making money for re-investment.

Mr. Kim himself comes to Phnom Penh for several months at least twice a year; the rest of the time he is travelling or at his home in France. His two adopted children live in France, where he himself has few financial resources left after the latest downturn in the financial markets. Over the years, a large part of his savings have been invested in the NGO.

Mr Kim was born in 1932 in the small town of Krauch Chhmar on the Mekong. Shortly after decolonization, he was one of the lucky few to embark on an extended educational trajectory that would lead from local primary school at the pagoda, to college in the merchant town of Kampong Cham and, finally, to university in France. Kim’s family was not rich; they ran a small citrus tree plantation. Moreover, his father died at a young age. Fortunately, government funding enabled him to complete his studies and become a technical engineer. Technology has always been his passion, and he never envisioned himself a civil servant, the profession that Cambodian college education usually led to in those years. For this reason, he really wanted to get away and go to France, even though he was already 21 years old by the time he could start his academic career there.

In 1960 he returned to Cambodia from France, bringing back his French wife, and became a professor at a Phnom Penh university. His leadership qualities and passion for technology were quickly noted, and he was asked to help establish a new type of university that would combine school with practical skills. In many ways, judging from photographs of that period and stories by Kim’s former colleagues, the school must have been a bigger version of what his NGO is today.

During the Khmer Republic

Kim’s university had only been open a few years, from 1968 to 1970, when the Khmer Republic was proclaimed and civil unrest started to take more serious forms. The building was largely destroyed by the Khmer Rouge forces as they approached Phnom Penh in later years.

The Khmer Republic fascinated but did not convince Kim. He could see the reasons for its formation yet questioned its practical workings. He returned to Phnom Penh and was consecutively awarded two prestigious functions by the Republican government. In fact, he confesses, he did not enjoy all this “politicking” and doesn’t consider himself much of a politician, more of an academic and a teacher. Pressure mounted, and in 1974 he decided to join his wife in France, not realizing this would become a long-term exile from Cambodia. Through his social network, he easily found a job as a professor at his former university. Kim never applied for refugee status and had no problems in feeling at home and integrated in French society.

In Paris and Montpellier, Mr. Kim re-established contact with his former Cambodian network of friends from college and university. At the time of his studies in Cambodia and France, this group was small and perceived of as privileged, elite. This social network consisted of approximately 30 of his peers who were more or less acquainted. Within this group of friends, most had become members of the Front Uni National du Kampuchéa (FUNK, also known in English translation as FUNCINPEC), a political party closely linked to the Khmer Rouge forces and established by Prince Sihanouk. Kim joined FUNK and became a true militant. He remembers spending almost every weekend in Paris in meetings and demonstrations and being a very active member.

FUNK’s activities were international in nature, and for some time Kim was an ambassador to Democratic Kampuchea. To many of his compatriots this was a controversial position, because the DK government was not universally recognized. These observations were confirmed by respondents in both France and Cambodia who, during interviews, identified Kim as “a former Khmer Rouge.” When the issue of Kim’s partisan affiliations came up, many of them still seemed to harbor negative emotions, yet they also expressed understanding. Of the 10 people interviewed for this study that had knowledge of his NGO, nine have acknowledged his “good work” and expressed admiration for what his NGO is doing for Cambodia. Similarly, a majority of member of the French Cambodian community interviewed in the first fieldwork period of this research were either aware of his person and work, expressing a positive opinion about them, or were themselves involved the NGO as either an advisor or financial supporter. In the end, the fact that he is a Khmer working for Cambodia eclipses the political choices he has made in the past.