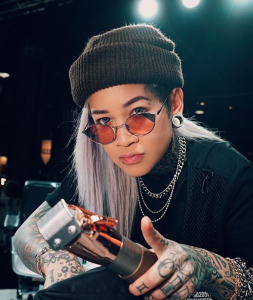 Sofie Pok has been cultivating her craft in barbering for the last 10 years and is famously known on Instagram as @staygold31.  From the perfect cut itself to promoting education, she has grown a huge fan base of more than 307K Followers and continues to grow.  She has been awarded 2017 Best Female Barber of the year at Barbercon and 2017 Men’s Shot of the Year at Behind the Chair. Sofie shares with us a little bit about herself and where she sees herself in the near future.

Mainly Cambodian, small part Chinese Vietnamese but have never been.  My family came to the United States during the Communism; they were sponsored on their trip on their way to America and ended up landing in California, they stayed in Orange County and that’s where I was born and raised.  Although I wasn’t born in Cambodia or have yet to visit, I am still connected to my Cambodian culture.

What influenced you to want to become a barber?

It all began as an elective class. I needed a break from academics and it was about my third year in college when I decided to try beauty school.  My parents, however, did not approve. In Asian culture, even Cambodian, creative fields are not supported as much. They feel it’s not a safe career path. Once I got into it, I enjoyed it so much that I wanted to learn more. I started with womens’ hair for a year and it didn’t click well for me. Before completely giving it up, I decided to try to find a cutting mens’ hair at barbershop. I found a shop locally and the owner said that a beauty school license was enough so long as I was comfortable with clippers, which I was. I was there for 4 years and got my practice there in the shop because I didn’t get my barbering license. It was just something I  learned over time with practice. 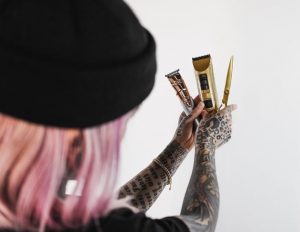 Did living in LA inspire the hairstyles that you create?

Traveling is actually what inspires my hairstyles because there are so many different hairstyles around the world and I bring a little bit of that back with me to Los Angeles.  Social media is also a big influence. It helps because you can search hairstyles throughout the world. It definitely adds a lot of variety to my portfolio and options for my clients. 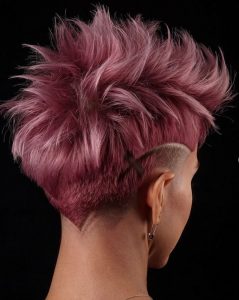 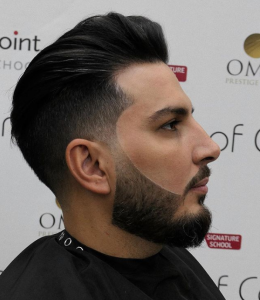 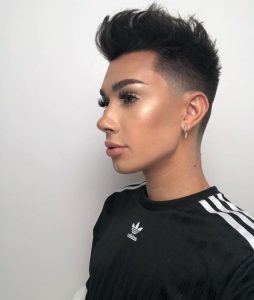 You do a lot of traveling, what has been your most memorable trip?

Japan and Hong Kong for sure.  Just make sure to take your maps, because there is not much signage in English. But it is a sight to see.  I usually travel to do my showcasing or private in-salon training, or demo to teach the employees there and guide them through the process.

Being in a male-dominated barber industry, do you feel being a female has helped you stand out or have you had to fight through a lot of the stigmas.

Both. In the beginning, it’s definitely harder to build a clientele because I had to prove myself. I did that by creating a portfolio of work.  When I first began, I was the only girl in the shop in a way it helped me prove myself too. 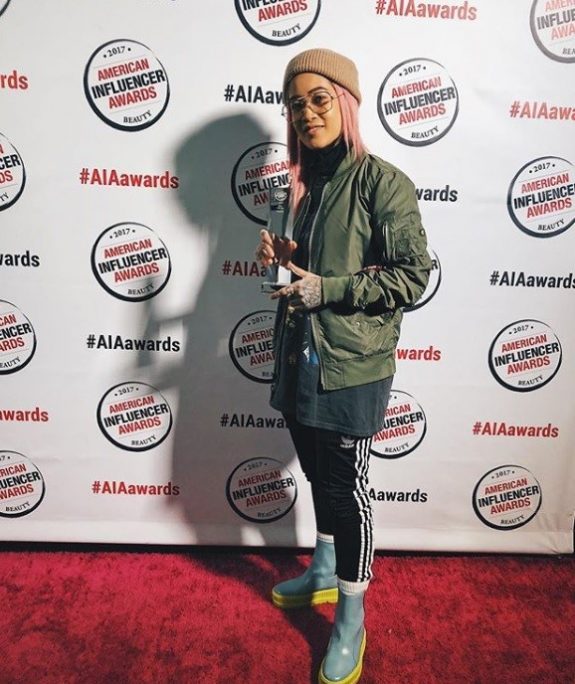 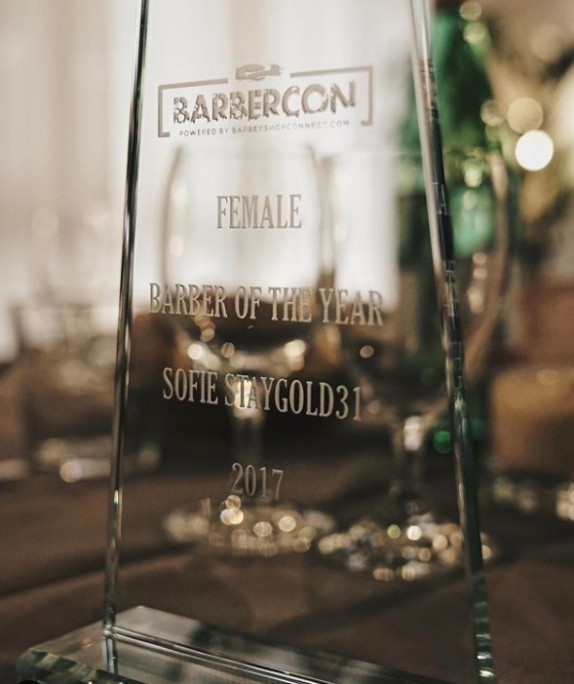 What inspired your personal hairstyle?

I had short hair for many years, then I switched it up to a fohawk. WIthin the last 4-5 years, I’ve begun growing it out and now I’m really enjoying it.  I’ve kept the shaved part of my hair shaved because it’s tattooed.

Outside of barbering, where do you see your future as you evolve not ONLY as a barber but as a business person? 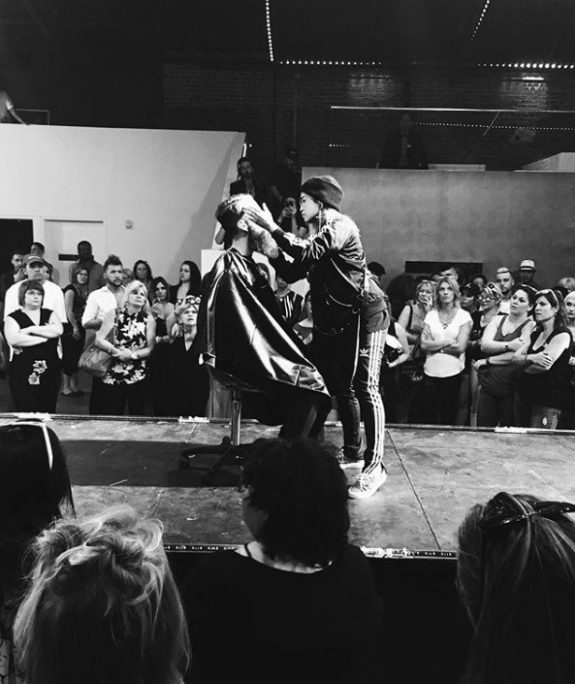 What specific hair products do you wear?

The main hair product that I use is Texture Powder.  It’s lightweight and it looks like you’re not wearing anything, it just gives it a little bit of a textured look. It helps thicken fine hair as well.

What do you like about Secret of Medusa Hair Extensions?

Their professional hair extensions are super awesome. It matched well with my hair texture and they lasted a really long time.  I got the lightest color and it was so easy to bleach and color. It even kept the color longer than my own personal hair which I was very happy about.

Lastly, what advice would you give to a young, up and coming female barber who is battling with people forcing their perspective on following a safer career path versus following their dreams of making it as a hairstylist?

They should try different things before making a decision, regardless of what people say because it’s your career, not anyone else’s.  People always told me to do color because that’s where the money is at. If I listened, I would have been stuck doing something I didn’t enjoy.  Ask yourself if it’s something you can see yourself doing in 10 years because it should be something that you will be doing for years to come. Look for something that is so fun that it doesn’t feel like work.  You could do anything as long as you put your mind and soul into it.

We at Khmerican would like to thank Secret of Medusa for helping us make this interview possible.  Check out their website, they have the best quality hair extensions and accessories in the industry, just like Sofie had mentioned.

In the Spotlight: Daphnee Lucenet, international model
To Top