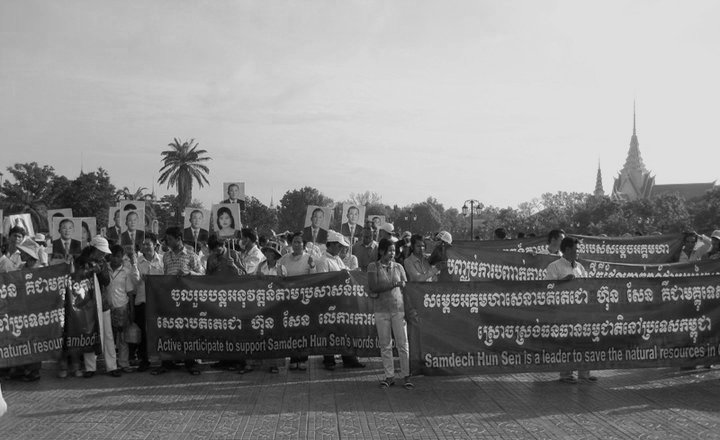 GREENWICH VILLAGE, NY – So the conversation has started – Cambodia is an unlikely candidate to ride along on the social media revolution sweeping the globe. The young democratic nation of nearly 15 million might be viewed as a microcosm of how national policies for health and international aid should be managed. However, Cambodia lacks the social dynamics that spurred the movements in Egypt, Tunisia and Iran. These predominantly urban-based movements cannot function in a majority rural populace when a flood of inequalities exist, hindering how Cambodian people gain access to education and technology: the real tools for change.

In addition to the three factors addressed in the previous article, this second installment will look at four more factors concerning our understanding of an unimaginable social media movement occurring in Cambodia.

ROOTED IN RELIGION
Egypt’s legacy of mingling religion and government may have created the current instability. In ancient times to present, religious leaders such as holy men and priests played vital roles in shaping the social order of their people. The Muslim Brotherhood, an organized opposition group, has been pointed out as the leading voice rallying Egyptians to protest in the streets. This is in contrast to Cambodia, a homogeneous Theravada Buddhist nation, where religion has traditionally taken a back seat to political life. Interestingly, Buddhism and some monastic scholars did play an instrumental role in forging a nationalist movement toward independence. Today, Tep Vong, Supreme Patriarch of Cambodia and the leading religious figure, has insisted that devout Buddhists should not vote in general elections. This has upset members of his own clergy, according to Doug McGill of The McGill Report. More importantly, Tep Vong’s position discourages future mobilization of monks and their roles in civil society.

HISTORY OF VIOLENCE
Beginning in the late 1960s and lasting until 1992, Cambodia suffered from internal instability and armed conflict. U.S. carpet bombing in the 60s and 70s caused more than 500,000 Cambodians to perish, as well as widespread famine and mass displacement. The bombing campaign and regional conflict contributed to eroding the structural and political progress made during Cambodia’s brief period of peaceful independence from 1946 to 1970. In 1975, riding the coattails of a decade of foreign incursion and civil war, the Khmer Rouge regime carried out a genocide campaign. After 1979, the radical-militants waged war, laid down land mines, and recruited combatants, until 1991. The utter and complete destruction of infrastructure and the mass killing of a huge portion of the educated population bankrupted Cambodia’s human resources. Whereas Egyptian society has consistently supported the education and welfare of youth and its population growth has been continuous, Cambodia’s dark years tore deeply into the fabric of society.

Egypt’s movement to depose Mubarak comes at the end of a 30-year rule. Thirty-five years after the genocide, civil society in Cambodia is still recovering, and the remaining fear and distrust from decades of civil war and genocide has cast a long shadow, with discontent with the current regime.

GOVERNMENT CONTROLLED ARMY
While Egypt’s military has a history of operating independently of the ruling regime and is presently taking a public stance refraining from obstructing Egypt’s massive demonstrations, Cambodia’s military and law enforcement are mired in the system of corruption maintained by the politically powerful. Cambodia’s armed forces have traditionally relied on the patronage of wealthy elites and foreign powers, resulting in allegiance to specific parties and agents, rather than broader values associated with national defense. In comparison, Egypt’s stronger, more organized, and seemingly politically neutral military is a key to the success of the popular movement. Conversely, Cambodia’s civilian population, leading up to the 2013 election, will have very few political resources or developed social institutions to assist them in rallying toward social change.

NARROW MIDDLE CLASS
Though there are encouraging signs of an emerging urban middle class, by and large, Cambodia’s demographic is proportionately small and politically weak compared to Egypt and other Arab nations. Cambodia’s middle class might be identified as those working in non-governmental organizations (NGOs), lower-level administration, small businesses, and the garment and tourism industries. That group is significantly outnumbered by the part of the population depending on agriculture-based labor and services, which equates to $1 per day earnings. So as the economy continues to grow, an equal amount of importance must be placed on the development of a robust middle class to function as a buffer. Furthermore, studies from the Pew Research Institute have shown a high correlation between effective democratic governance with a developed middle class independent from the political and business elites, enabling an environment in which social movements can be realized.

—
The opinions expressed by the author(s) and those providing comments are theirs alone, and do not reflect the opinions of any current or past employer(s) and affiliates. Phatry Derek Pan is not responsible for the accuracy of any of the information supplied b contributors.