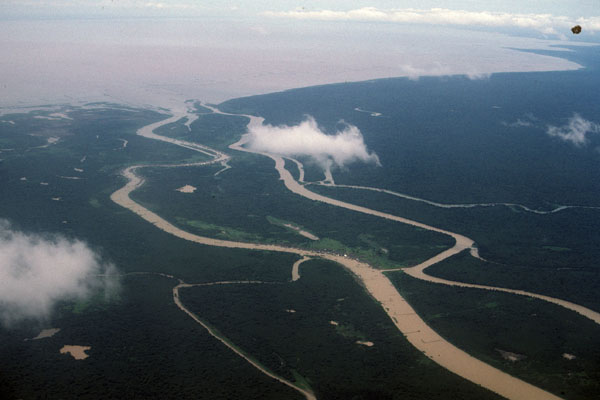 Amsterdam, the Netherlands – Madame Pas was born in 1966 into a wealthy family connected to the royal court. She explains that there just was no question in those years: if you belonged to the elite then you would have pride in the French language, its culture and its etiquette. If you had the money and, thus, a choice, you sent your children and relatives to France well before the Khmer Rouge takeover in 1975. As her grandfather refused to leave his country, however, her family never made it there in time. 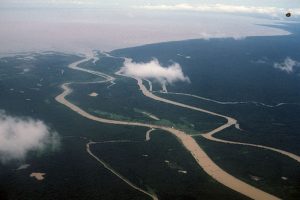 Mme. Pas is hesitant. She has tears in her eyes as she tells me the story of her survival. The surviving family members could only get away after passing several years in Vietnam. Only by using their connections and by paying some bribes did the rest of the family finally manage to take a plane from Ho Chi Minh to freedom legitimately. France, the country they preferred, was the only place to go. As she explains, that’s where 80% of the refugees in Vietnam went at that time. Anyone who would have said they wanted to go to the United States would have landed in prison.

The mixed reputation still connected with the Cambodian French and also, but to a lesser degree, the Cambodian American returnees seems bound up especially with their support and participation in the Front Uni National pour un Cambodge Indépendant Neutre, Pacifique et Coopératif (FUNCINPEC) party in the 1990s.

The FUNCINPEC was initiated in February 1981 by the Cambodian royal family and established later that year in Paris by a central committee of a hundred former Cambodian refugees. It grew exponentially with members of all levels of the overseas communities, especially in France and the United States. FUNCINPEC can be seen as a true “diaspora project” that evolved from the continuing transnational ties with the home country. Mme. Pas’ family was involved from the beginning (her story is paraphrased here in English).

In 1978 the remaining family members arrived in Paris. Mme. Pas was 12 years old and started her education in the French system. Her mother remarried, and the family became active in the FUNCINPEC movement that was initiated by Sihanouk and the Committee of Cambodians in France. Her family connections and French background later led her into a senior position with FUNCINPEC upon their participation in the first elections in 1993. The United Nations Transitional Authority in Cambodia’s (UNTAC) implementation of the Paris Peace Accords (1991) and the first elections (1993) thus provided an opportunity for many of the overseas Cambodians in the early 90s. At a time of active work on the reconstruction of Cambodian government, they were welcomed by the international donors as well as the Cambodian government.

Mme. Pas describes the excitement, the appeal of returning for the elections. She had nothing in particular to do in France. She wasn’t married and had just finished her studies. In Cambodia there was the United Nations Transitional Authority in Cambodia (UNTAC); the Paris Peace Accords had just been signed. Things were happening, and so she left within a couple of months to find her people. Or, as she herself defines it: “Finding back a people that are so much like you, so close to you, but, most of all, so very different from you.” With a smile, Mme. Pas recounts her memories of those UNTAC times that were dangerous but gave rise to many strong friendships and a true sense of community among the expatriates and returnees working for Cambodia.

In hindsight, Mme. Pas says, this period has left her disappointed and quite empty-handed. She now runs a little shop in the center of Phnom Penh while occasionally functioning as an advisor on social events. She is still well connected in the expat world. Her choice to step down from FUNCINPEC was not an easy one, but, she finds, at least she has kept her pride intact.

The return of the French Cambodians

Madame Pas still holds on to her French nationality but feels she is in between the two cultures, whether she wants to be or not. Interviews show that the events surrounding FUNCINPEC may have contributed to the image of the anikatchun (pejorative term for overseas Cambodians) as opportunists and the motivation for their return as one of self-interest.

She explains that it made sense for the Cambodian French returnees to enter government, as it was very hard to find French-speaking positions with an NGO in those days. The close ties between France and Cambodian elites made it relatively easy to find “patrons” to sponsor a political position and sustain a livelihood. There were very few French NGOs, and the UNTAC required knowledge of the English language that was often not found among the returnees. Moreover, in her experience, the French did not like to hire Cambodians and would rather employ “real” French citizens.

Mme. Pas regularly returns to France to visit her family and friends, as well as remaining in contact with many of the international workers she befriended during the UNTAC days. With her husband and children she is considering making the move back to France in the coming years. As the children are reaching adolescence, Cambodia does not seem the most appropriate place for their education. This choice will be a hard one, she admits. After 18 years in the country, she now feels thoroughly Cambodian and is happy in a rightful place among her people. Moreover, she admits, she does not get along with the Cambodian community in France.  Mme. Pas is not diplomatic in expressing her feelings. She says that she takes issue with those former Cambodian refugees in France who refuse to return at all. She feels suspicious of their proclaimed traumas that impede return and has a hard time understanding their opinions about the country. The problem with Cambodia and the Cambodians, overseas and in the country, according to Mme. Pas, has much to do with being uneducated, lacking culture and not having the appropriate Cambodian “knowledge” to behave correctly. For now, however, she remains in Cambodia to set the right example.

__
*Interview content was translated from French.
For references, see list provided at the end of the first article in this series.

Mr. Pol: from Battambang to Thailand, to California and back
Mrs. Lea: from Pursat to Phnom Penh, to Oregon and back
To Top