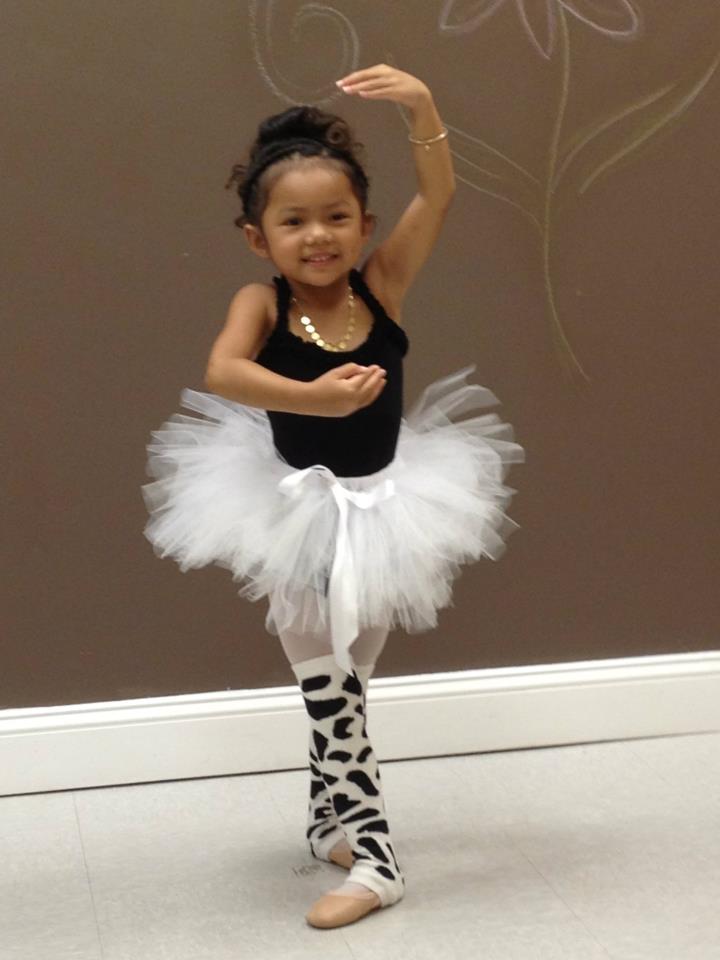 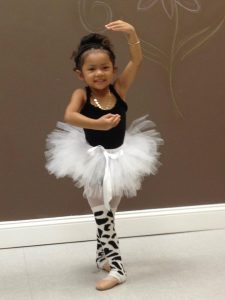 Born in Virginia to a Cambodian mother and Lao father, Dahlia Phisudulak, 4, turned a local photo contest into a viral phenomenon after Khmerican posted about her entry and prospect of winning. The contest, presented by Bella Ballerina, was to give seven winners the opportunity to be featured in a professional commercial and photo shoot.  The rules were very simple: get the most likes on Facebook.  After just a few minutes of posting her link, Dahlia’s photo gained over 250 likes, surpassing her competitors and immediately landing her in first place.  After a few days of waiting, the results came in and Dahlia was chosen.

Dahlia, known to her friends and family as “Dally,” learned how to walk at 11 months old. Unlike most toddlers, she had a keen ability to stand on the tips of her toes without discomfort. Her family found her tip-toeing all over the house acting like a ballerina. Her grandmother recognized the trait and urged Dally’s mom to enroll her into some form of dance.  A couple of years later, at age 3, she signed her up for ballet.

“Ballet has done wonders for Dally. She’s gained so much confidence after her first recital,” said her mother, Bopha Phisudulak.
Phisudulak reached out to Khmerican knowing its reputation for showcasing little-known, rising talents–no matter how young. She hoped to gain more votes but never dreamed of actually winning the contest.

“I reached out because I saw how they are very passionate about Cambodian Americans who chase the American Dream. I knew that their audience would jump up and support a fellow Cambodian regardless of geographical location or age,” said Phisudalak. “Even though this is a small, local contest, the support from the community boosted my children’s morale and encouraged them to continue pursuing their dreams.”

Online social networking has caught on with people all over the world. Thousands of people log on to services like Facebook daily to create and consume media/news. Social networking can amass like minded people to encourage collaboration. Dahlia’s story shows the effectiveness of this platform for spreading the word about the talents of noteworthy community members and events. Of all the benefits of building a more vocal community and sharing our stories, helping others with their causes is one of the greatest outcomes.

Indeed, Dahlia’s instant if temporary star status is a prime example of how truly powerful social media can be. It has become a marketing tool enabling people to reach audiences beyond their local community. The age of social media has drastically changed the way we interact and communicate with one another; in fact, Asian Americans are more plugged in to technology than other ethnic groups. With the help of online peers, a small photo contest turned  into a larger phenomenon, with a far-flung community supporting an individual, garnering new fans for a young performer.

When she’s not dancing, Dahlia’s extra-curricular activities include cheerleading and gymnastics. She has cheered for professional sports teams, such as the Washington Redskins this past summer. Recently, Dahlia has expressed interest in acting. We’re sure with the right guidance and support, her goals will be reached, with Khmer America watching her every step.
___
The Bella Ballerina dance studio is located in Ashburn, VA. The photo and commercial shoot took place on July 15, 2012 on location.