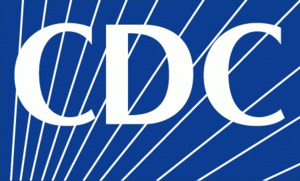 SEATTLE, WA — On October 15th, 2012, the American Academy of Pediatrics published a study concluding that recipients of Human Papilloma Virus (HPV) vaccinations did not change their sexual behavior, neither increasing nor lessening sexual activity among adolescents.

According to the Center for Disease Control, HPV is the most commonly sexually transmitted infection, with over 40 different strains that infect the genitals of males and females, in extreme cases causing warts and other lesions. It can also infect the mouth and throat.

Over 20 million Americans are currently infected with HPV, with 6 million newly infected each year. In fact, it is so common that at least 50 percent of sexually active men and women will become infected at some point in their lives. HPV is also one of the leading causes for cervical cancer.

In 2006, the first HPV vaccine approved by the FDA, Gardasil, became available to the public, marketed by pharmaceutical giant Merck. GlaxoSmithKline soon followed with a release of their own, Cervarix, which was approved in 2009. Controversy also followed.

Some family advocacy and religious groups feared that HPV vaccinations would, among other things, give rise to promiscuity and reckless sexual behavior.

During last year’s Republican primary, the vaccination was even used as political ammunition, as Minnesota Congresswoman Michele Bachmann assailed Texas Governor Rick Perry for wanting to make it mandatory in his state. She cited a complaint by a woman claiming that it had caused “mental retardation” in her daughter.

While medical breakthroughs like the HPV vaccination can help change lives, actual acceptance by various population groups, including newly arrived immigrants, can mean something totally different.

The report found that Cambodian women experience higher rates of cervical cancer, 15 per 100,000 women compared to 7.7 per 100,000 in non-Hispanic white women. In a separate survey, the group discovered that Asian Americans were less likely to accept the HPV vaccine due to, among many factors, lack of access to information about the vaccine, limited financial means and deep-seated traditional beliefs. For example, Cambodian cultural norms hold that men and women remain chaste until marriage; therefore the belief is that young Cambodians are not sexually active. In the Cambodian community, there was also a belief that taking the vaccine would encourage promiscuity.

According to Dr. Taylor’s most recent study published this year, only 26% of the survey participants reported any of their age-eligible daughters had received vaccination, and only 40% reported a previous physician recommendation for vaccination.

The CDC recommends HPV vaccinations in girls as early as ages 11 to 12. The vaccination is given in three stages. Last year, the recommendation for vaccination was extended to boys, since studies showed that it helped lessen transmission of infection. In Dr. Taylor’s latest report, she strongly suggests, “…educational initiatives should encourage health care providers who serve Cambodian families to recommend HPV vaccination and empower Cambodian mothers to ask their daughters’ doctors for vaccination.”

The Vaccines for Children program, funded federally, helps those who cannot afford vaccinations. More information can be found here.

Visit the CDC for the latest information on HPV vaccinations here.

Find the report published by the American Association of Pediatrics here.