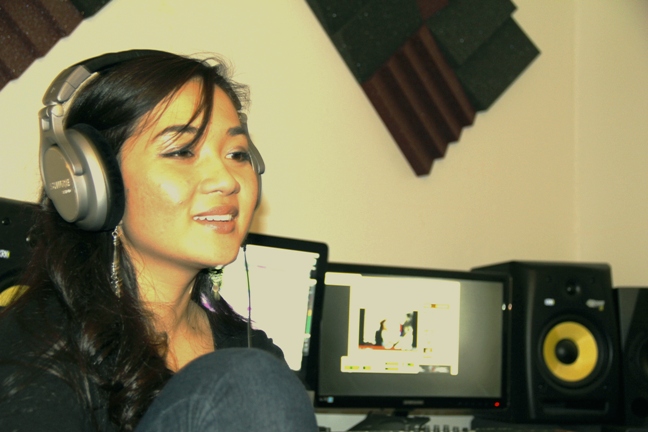 Long Beach, CA – The Khmer Student Coalition Conference in November 2011 aimed the spotlight on a rising 23-year-old Southern California talent, Phanith Rama Sovann. Chants of “encore, encore” engulfed the University of California, Los Angeles auditorium. The audience waited earnestly as this singer-songwriter captured their attention with just one stroke on her keyboard. As she opened her lips to sing, the crowd became completely silent. In a standstill auditorium of over 250 college students, Sovann mesmerized listeners with not one, but two encore performances. 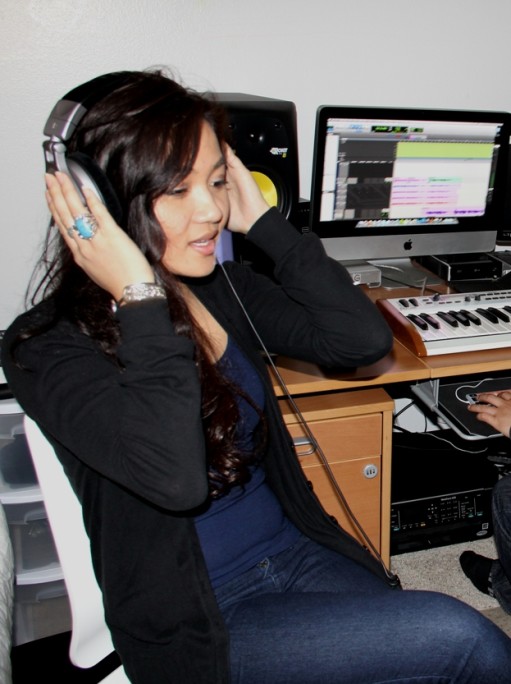 Born in a refugee camp in Kao-I-Dang, Thailand in 1989, Sovann came from humble beginnings. Her father, Sovann Sann and her mother, Rama Kim, who were orphaned as a result of the Khmer Rouge regime, fought hard to survive the civil war. Near the end of the genocide, they escaped to a refugee camp at the border of Cambodia and Thailand. The young family had to run away and hide from Thai soldiers who raided the camps, forcing refugees who did not have permits back to the killing fields of Cambodia.

“I almost died many times,” Sovann told the Khmerican. “When my mom was pregnant with me, she could no longer run and hide as swiftly, so my dad built a double wall for my mom to hide between. The Thai soldiers knew that many refugees built these double walls to escape detection, so they took their bayonets and forcefully pierced their sharp blades through the walls. One soldier almost hit my mom’s stomach. Let’s just say I’m blessed to be alive,” Sovann said.

By age 2, Sovann and her family moved to the United States with nothing but a few bags of clothes. They first resided in a small garage barely fit for living in Carson, CA, where Sovann’s parents encouraged her to learn her native tongue, Khmer. Soon after, some relatives introduced Sovann and her family to a Christian church. By the time she was 6, after performing her first solo at church, her parents enrolled her in piano classes, where she learned how to read notes. But piano classes were not enough for Sovann, who by age 8 taught herself how to play music by ear, tab music, and write her first song. Then, the family moved to Long Beach, where Sovann joined the church’s worship team as a keyboardist and the youngest member at 11 years old.

Additionally, Sovann continued to foster her craft through music classes and singing in the top choir at Long Beach Polytechnic High School. In 2004, Sovann won the John Lennon Songwriting contest and recorded her original song “My American Deam” on the organization’s recording bus, a mobile sound studio. The following year, Sovann gained recognition for her rendition of Sarah McLachlan’s “Arms of the Angel” for the Drunk Driving Prevention Program. In 2007, she was bestowed with a Pursuit of Excellence Award in Music at Poly High. Winning the school-wide Jackrabbit pageant with the outstanding performance of her original song “Heaven’s Not So Far” made her an overnight sensation.

Sovann went on to attend the University of California, Irvine (UCI) with the intention of setting aside her musical passion, in order to pursue a career in medicine. Yet, she grew discontent with this plan. While at UCI, she re-established the school’s Khmer student group, the Cambodian Awareness Organization, a community service club serving people locally and abroad. Active with other non-profit organizations as well, she developed a love for community organizing and philanthropy. With her dedicated work ethic, Sovann graduated from UCI in three years with a degree in women’s studies and a minor in anthropology in 2010. In the same year, Sovann made a life-changing decision to follow her dream of becoming a singer. She auditioned for Actors, Models, and Talent for Christ and immediately caught the attention of an agent, leading to her current contract with Rage Talent Agency.

“Phanith is smart, creative, persistent, selfless, and very motivated. She’s always willing to do more than asked and always willing to help others. She has natural talent! And her musical ability is very unique. Everything that comes out of her mouth when she sings is strong, powerful with meaning and heart,” said Monica Sar, current vice president of the UCI group.

Whereas some artists court scandal to achieve fame, Sovann has tried not to lose her core identity in the competitive world of entertainment. She upholds her values in the face of any detriment to mass appeal. Sovann’s rise to the top will result not only from her talent and her ability to connect with every listener on a personal level, but also from the support she gains through family and faith. 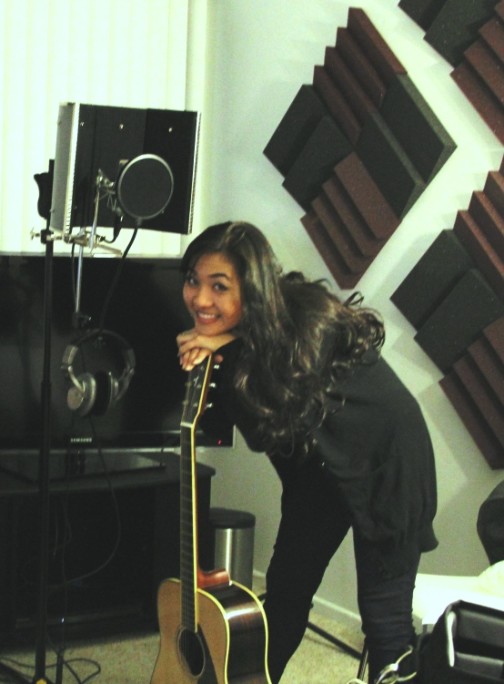 Sovann’s instrument of choice: the guitar. Photo by Sotheara Chhay

Sovann defines herself as “an inspirational singer of uplifting songs.” Many of the performances that can be seen on her YouTube channel belong to the genres of R&B, country, and pop; however, her passion is performing contemporary Christian music. Her sound is characterized by clear enunciation of lyrics, which she can sing in Khmer and English, and the heartfelt expression can be found in the tonal qualities of her voice. For Sovann, music is partly a platform to share her faith, enabling her to reach out to others. Her singing is a source of renewal and strength. In fact, her fans are drawn to her honesty and sincerity, and she has become more popular due to her spiritual openness.

Phanith Rama Sovann is a multi-dimensional artist who will remain true to herself and her community. This steadfastness and commitment to promoting love, serving her community, and inspiring others to pursue their dreams are what makes her stand out as a musician and a young leader. Despite receiving numerous awards and recognitions for her talent, Sovann has spoken humbly of her experiences making music: “I didn’t do it for the fame. I did it because I love singing and performing. When I’m on stage, I feel a sense of belonging.”

_____
Sophin Zoe Pruong-McCreery is a freelance writer and artist. An alumna of Whittier College, she actively volunteers for non-profit organizations near her hometown, Santa Ana, CA. Her blog is http://khmericana.blogspot.com.