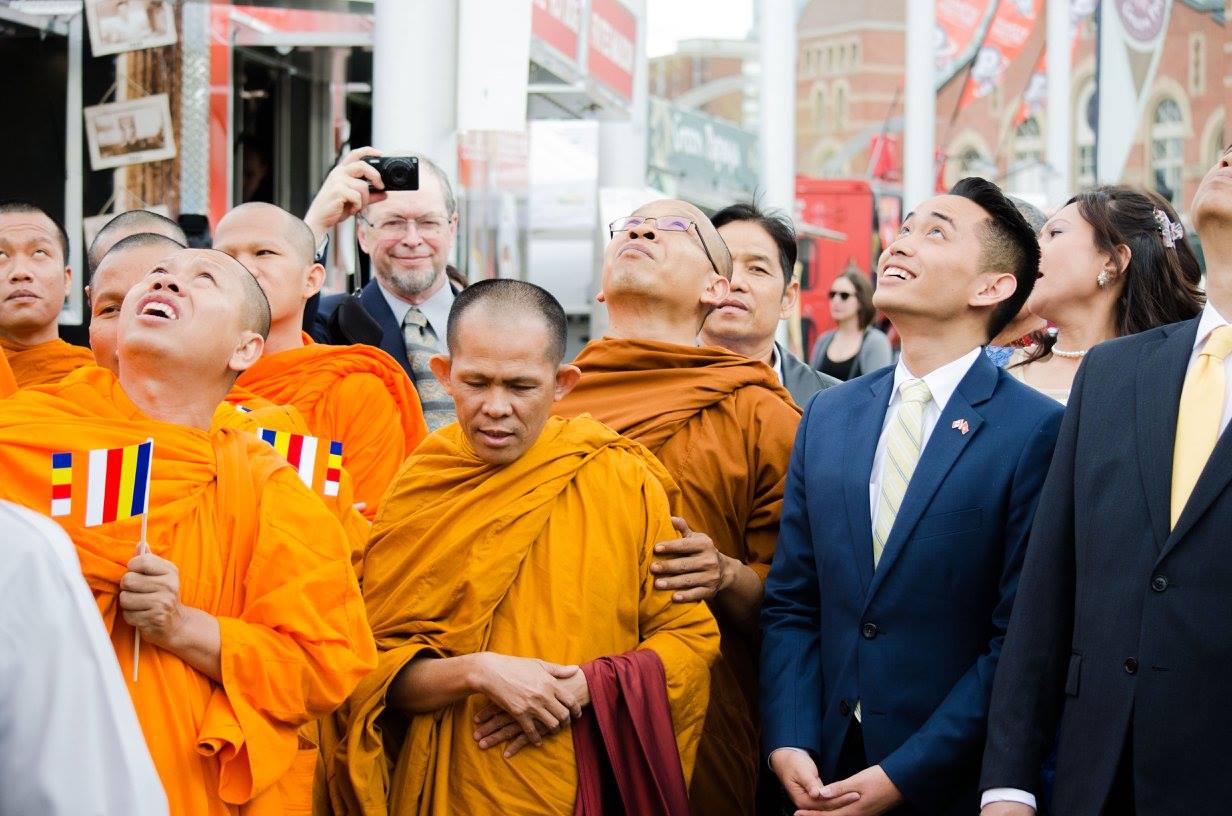 My two-year term as President of the Cambodian Association of the Ottawa Valley came to a conclusion at our Annual General Members Meeting (AGM) in May 2017. Since then, I have found myself able to reflect on the last five years of being a community member, a member of the Board of Directors, Vice-President and President of the Association. There were moments of frustration, accomplishments and failures, but as a whole, there are no regrets. Rather, I leave with the conviction that it was a rewarding experience.

The Cambodian diaspora in Canada is often mired by dramas, divisions and tensions. The impact is harmful and visible, and as a result, participation from community members is restricted and limited, especially from young Cambodian-Canadians.

Positive intentions do exist, but we often see a lack of cooperation and coordination with pre-existing bodies, and sometimes a reluctance to want to. This ultimately results in a duplication of efforts where we see very similar organizations and programs created to serve the community. Funding, resources and member participation become restricted and limited as a result.

As a young person, it may sometimes be hard to know where to start and how to make an impact, given the complex environment our communities operate in. At a certain point, it becomes a gamble and a risk.

Complex though it may be, I grew up having very fond memories of the Cambodian community. Growing up in Calgary, Alberta, I remember the rich and vibrant music, dance and food from the Cambodian parties; the annual Khmer New Year celebration and Pchum Ben ceremonies at the temple and the enriching weekly Khmer language classes. They were connections to a distinct ancient Kingdom, one that has had a turbulent history but continues to be resilient, courageous and spirited. Although foreign, these experiences had a profound impact in helping me understand who I am as a Cambodian-Canadian. It strengthened my identity.

Why should we care?

The answer is simple: it is a part of our identity. If we remain apathetic, we risk losing who we are. There’s a Cambodian saying, “Bamboo shoots are the future bamboo.” Young people are the bamboo shoots of our community. If we don’t encourage young people to become engaged and involved now, will there be a community in 10, 15 or 20 years?

Our community needs us now more than ever.

My parents were strongly against my involvement, and many parents echo this position to their children wanting them to focus on their education. When I moved away for university, I wanted to find something similar to home. I came across the Cambodian Association of the Ottawa Valley and got to know the members who invited me to various community events. As a student far away from home, the community was incredibly welcoming and the community would become a home away from home.

In 2012, I attended the Annual General Members Meeting and the election of the Board of Directors was to take place. The chair of the meeting proceeded to ask the members whether anyone else would like to become a candidate. One of the members then turned to me and suggested I run. He said, “We need more young people leading our community.” One thing I noticed at all our community events is that there were hardly any young Cambodian-Canadians. Daunting as it was, I asked myself two questions: “What community do I want?” and “What’s the worst that could happen?” I wanted to be a part of the solution, rather than a bystander. It’s better being proactive than inactive.

In a culture like ours where age is associated with wisdom, there were times when my age seemed like a barrier. However, there are also many within our community who value the role young people can play. At 18, I was the youngest member of the Board of Directors. At 20, I became the youngest-serving president. Ageism continues to exist within our culture and it isn’t unique to this realm. You will face age discrimination wherever you go. At times, I was insulted, threatened, underestimated, disrespected and ignored. However, these negative experiences would not deter me from the incredible opportunity to help shape our community. I sought to gain the trust and confidence of the community through my actions.

I had been fortunate to work with incredible colleagues on the Board of Directors and members of our community. Together, we enhanced the presence of our community within Canada’s pluralistic community. We strengthened our partnership with key stakeholders and organizations. We sought to establish an Arts program, and we established clear guiding rules and procedures to ensure we were transparent and accountable to our members. These were accomplishments, but there were also many failures. Each one was a learning lesson for us.

So, if you are considering participating in this both vibrant and challenging community, my advice to you is this: don’t be discouraged. The smallest contribution can make a difference. You will succeed, fail and learn. Both the community and you will grow as a result. In the end, I urge you again to ask yourself this: “What community do I want?” and “What’s the worst that could happen?” Our community needs you now more than ever.

Darren Touch served as the President of the Cambodian Association of the Ottawa Valley from 2015 – 2017. He is currently a candidate of the Master of Public Policy and Global Affairs at the University of British Columbia. Darren’s interest and passion for public policy has led him to diverse roles in the public, private, and non-governmental sector in Canada and abroad. In 2012, Darren was awarded the TD Scholarship for Community Leadership, one of Canada’s top undergraduate awards for community leaders.