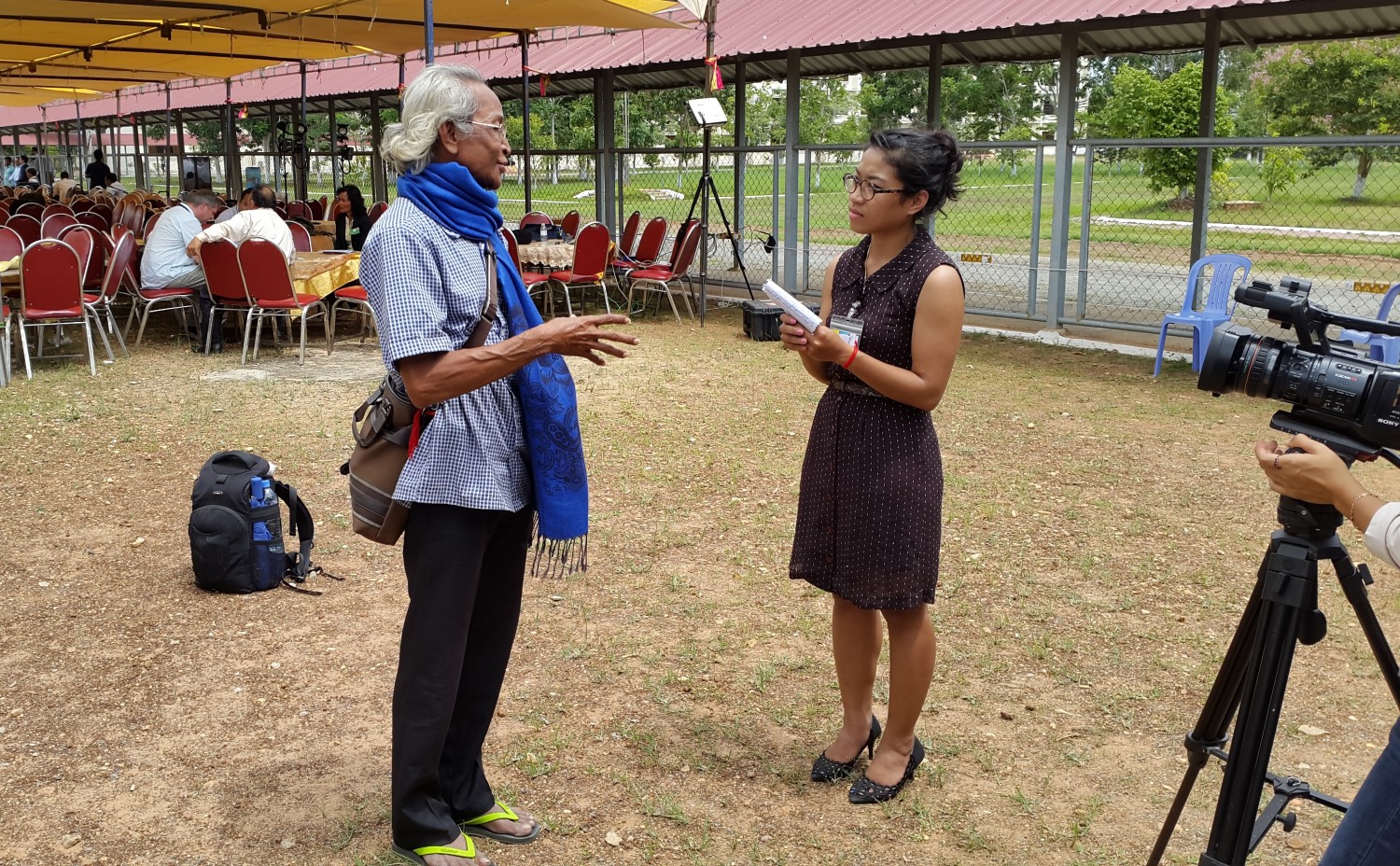 August 7, 2014 marked a momentous event in Cambodia’s contemporary history. Finally the nation and the world learned the outcome for Case 002, which is the long-awaited verdict for the remaining former Khmer Rouge leaders, Noun Chea and Khieu Samphan: guilty, with life imprisonment.

Youk Chhang, Executive Director of the Documentation Center of Cambodia (DC-Cam), aptly put the occasion into perspective: “There will be no winners and no cause for celebration. While the occasion marks an enormous achievement in Cambodia and the international community’s long struggle to assert the primacy of human rights, peace, and the rule of law, it is a victory that can only be marked with somber contemplation.”

This prompted me to contemplate the core principle of why the tribunal was set up in the first place. Finding “justice” is its aim, but can it be done? This is a question that everyone will continue to ask. This comes down, in some respect, to a matter of legal definition designed by westerners and the personal terms of the victims. The Oxford English Dictionary defines “justice” as “just behavior or treatment: (1) the quality of being fair and reasonable (2) the administration of the law in maintaining this.”

This definition serves as a good basis to our understanding of the concept. However, the UN and the Extraordinary Chambers in the Courts of Cambodia (ECCC), have to work in such a way that they help find justice for the victims and Cambodia as a whole. According to a March 2010 statement by the UN Secretary-General, “transitional justice consists of both judicial and non-judicial processes and mechanisms, including prosecution initiatives, facilitating initiatives in respect of the rights to the truth, delivering reparations, institutional reform and national consultations. Whatever combination is chosen must be in conformity with international legal standards and obligations.” The core components ring true in how the ECCC has operated in its quest to seek justice for Cambodians.

However, it seems that many of us, as Cambodians, have unclear or conflicting ideas about the meaning of justice. To a certain extent, it is still a foreign concept that we are still trying to learn and adapt to our own understanding. I believe there isn’t enough of a national discussion of this subject, including among the elected members of parliament, about what “justice” is. What does it mean? What should it mean? What does it look like?

I have travelled all over the country and interviewed people about the Khmer Rouge, and they all told me that they want justice. However, when asked what justice means to them, they had a hard time articulating it. When I pushed them for an answer, they tended to say what it means to them in personal terms. A woman who I recently interviewed regarding the Case 002 verdict told me that justice for her was to never see the country revert back to an era like that of the Khmer Rouge’s, but it will never bring her relatives back from the dead, she explained as she cried and told me her story.

This poses a dilemma. Clearly, survivors’ definition of what justice means doesn’t conform to justice as defined by the international norm and judicial practice. This then begs the question, is justice really being served for the survivors? These two definitions of justice should be reconciled. There must be a way to ensure those survivors’ wishes and hopes are met instead of the process just being an exercise conducted by the UN in all of the courts that it operates.

This is an opportunity for the UN to incorporate the expectations of survivors to ensure that it is the kind of justice that the people truly want and not simply what the UN thinks they want.

—
Sreyneath Poole was born and raised in Phnom Penh, Cambodia. She interned with the Documentation Center of Cambodia and Oxfam from 2013 to 2014. She is currently pursuing a master’s degree in global affairs at Rutgers University-Newark.