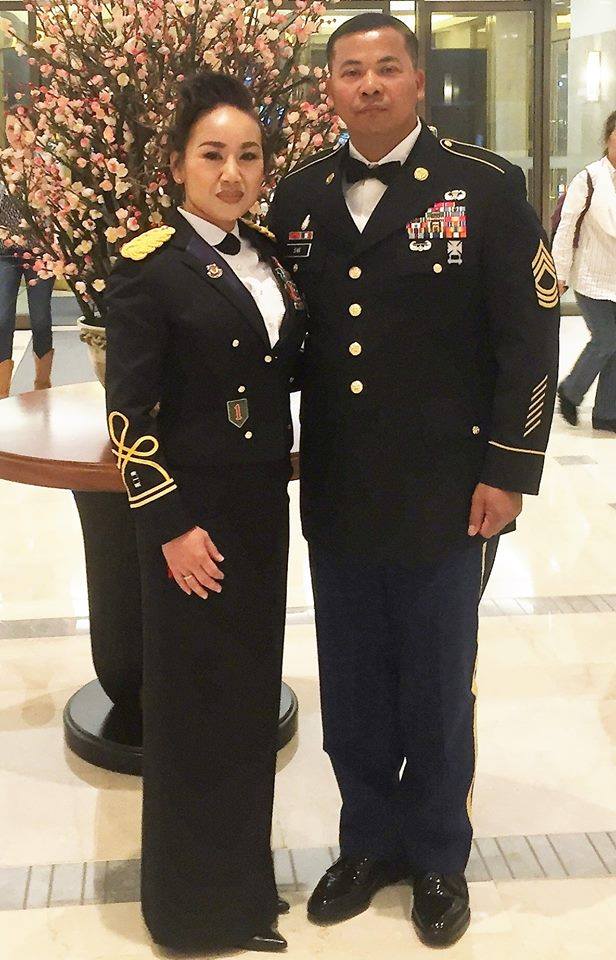 Chief Warrant Officer (CW2) Chendi Sar and Master Sergeant (MSG) El Sar not only share the last name but also share a common ancestry, heritage, culture and background. They are both refugees from the war-torn country of #Cambodia, came from the same #Takeo province in Cambodia, and share the same life stories. They have known each other for over 13 years while serving in the #UnitedStatesArmy and have deployed to the Philippines, Iraq and Afghanistan. They became close friends, treated and respected each other like family (brother and sister).

MSG Sar is promotable to the rank of Sergeant Major and will attend the prestigious U.S. Army Sergeant Major Academy in August 2016 at Fort Bliss, Texas.
CW2 Sar is the Deputy Executive Officer (DXO) for a four-star joint level command. She was hand-picked to be the personal staff to the UNC/CFC/USFK commanding general. The competition was long and strenuous. She was selected for her superior leadership and Army staff skills.

CW2 Sar and MSG Sar often get together on weekends with other Cambodians serving in the United States Army in South Korea. This is one way they stay connected, build networks and maintain their proud heritage as ‘Khmer Warriors.’

These two high-performance Cambodian-American soldiers are truly the best of the best in their profession. They are proud and honored to represent all Cambodians in the United States Army.