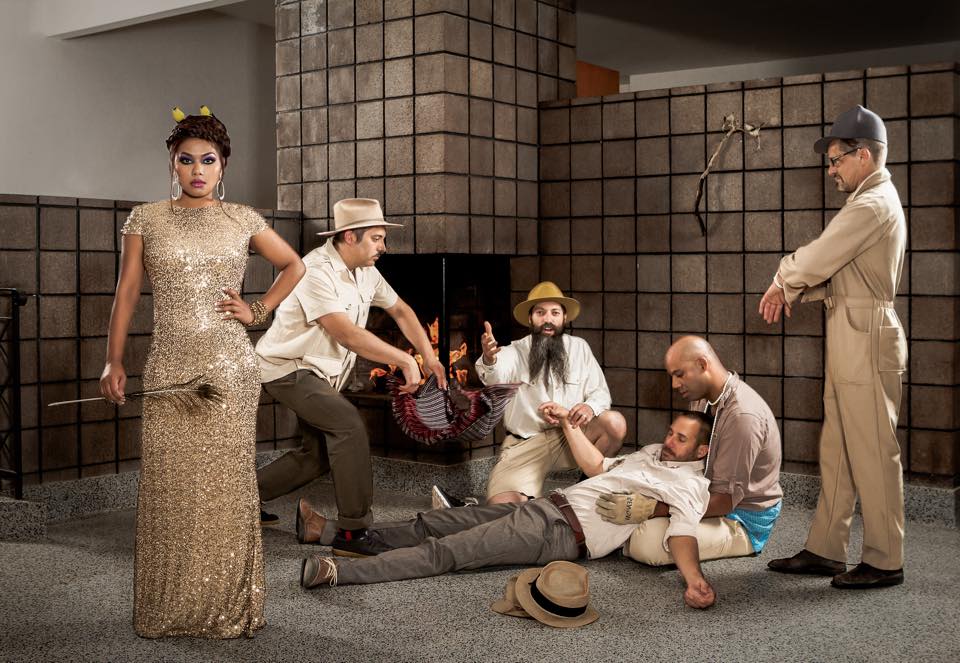 My name is Chhom Nimol (@chhomnimol) I am a singer from Dengue Fever. We play rock and roll. I was born in Battambang, Cambodia and I live in Los Angeles.

My parents are renowned folk singers and my older sister is a famous singer in Cambodia. When I was 16 years old, I won the first “Apsara Awards” in 1997 in Cambodia, a contest similar to “American Idol.”

Dengue Fever started in 2001, right after I had been living in Long Beach for six months. I was singing at a Cambodian dinner club and the band members came up to me and asked me to be their lead singer. I have been living in the states 14 years.

My favorite Khmer star is Sinn Sisamouth because his voice speaks to me. Sometimes when I am listening to him, his love songs, they can make you smile or make you emotional because he sings from the heart. When you listen to his voice, close your eyes, and he is the handsome boy and you are his girlfriend. He is my favorite; I listened to him and Pan Ron when I was young.

As far as immigration, I was stopped in a routine check by immigration agents at the San Diego border in 2002, driving home from a show. I was arrested because my visa was expired and detained for 22 nights. I got lucky because I had a lawyer and the band raised money for my bail bond. My boss at the Cambodian dance club in Long Beach called the Dragon House also helped me pay off legal fees. Without them, I probably wouldn’t be here in America. Everything is fine now and I became a US citizen last October.

When I’m not working or busy, I love to hike. I love walking around and relaxing without work. I enjoy shopping with my friends; eating good food, socializing, and going to coffee shops.

The Khmer Rouge affected my family because they separated my parents, older sister, and brother. My parents were not allowed to be mom and dad and take care of their children. They did not have enough food to eat and were working like slaves on a farm. When I heard their story, I was like, really? Because I don’t know, I wasn’t born during the Khmer Rouge. I can’t imagine or understand how bad it is. The family is so lucky that everyone is still alive.

Lastly, I want to say thank you to Khmerican for your time. I am happy to say that and I hope that more people come to our show. We’re so excited to be on tour. I can even call myself Khmerican because I am a US citizen and I’m Khmer, so you can call me that, it’s fine.