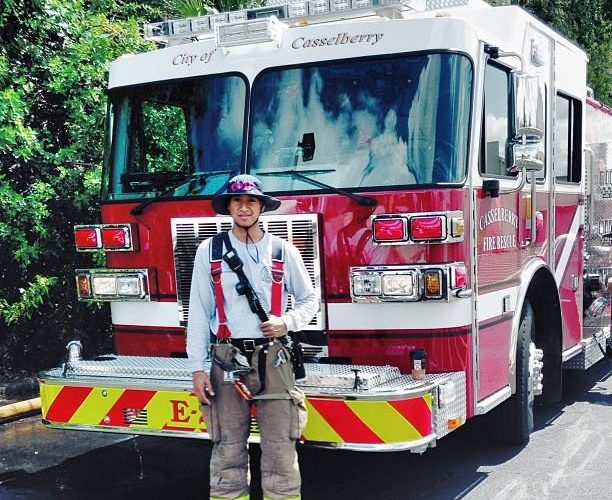 My name is Devin Sao and I am 26-years-old. I am full Cambodian, bilingual, and was born in Providence, Rhode Island. The city is known for its ethnic diversity but had a bad reputation for racial violence among Asian Americans. Because my parents experienced similar stories of violence through the “killing fields,” they wanted no part in having their three sons live in such an environment. So at a young age, our whole family moved to south Florida.

My parents became successful in opening a Khmer style restaurant called “Lucky Cuisine” in the early 2000s. In 2007, I graduated high school, went to a local community college, and graduated in 2012 with two associate degrees and went off to start my career as a professional firefighter paramedic. My goals is to become a physician assistant and attend the University of Central Florida in the near future.

My father is my biggest role model. He is such a humble and wise man and I strive to be half the man he is one day. He went to school to become a Buddhist monk in Battambang, Cambodia where he learned respect, peace, and self discipline. He passed these qualities on to me, which I hope in time pass on to my kids one day. He is a very strong individual even after all the hardships of war. One particular story stuck out to me most. “Do you see these scars on my knees and my feet? Well, those are from crawling dozens of miles while hearing bullets fly by me and our friends heads,” said my father. I have nothing but the utmost respect for him and everything he has done to make me who I am today.

I love everything Khmerican has been doing for the Cambodian culture and allowing fellow Cambodians to share the stories to the world. It’s always heartwarming seeing another Cambodian start something from the ground up, especially second generation Cambodians like myself. Thank you Khmerican for everything you do.