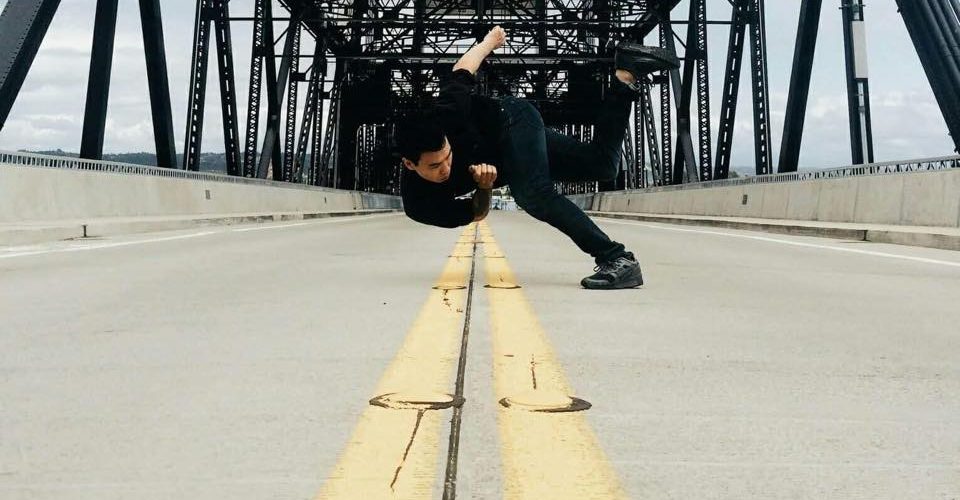 My name is Mangley Ben aka B-Boy Mango (@bboy_mango_nrtt). I am 23-years-old. My core is Cambodian. I’m from Tacoma, I’ve been breakdancing for 9 years now and I started b-boying in 7th grade. My dance crews are TheM Team and No Roots.

My first notable breakdancing achievement was winning the 2010 Northwest Sweet 16 B-Boy competition. The Northwest Sweet 16 is an annual event that takes place in Seattle, WA. Sixteen of the best B-Boys/B-Girls from the region are invited to compete. I qualified for the wild card alternate position, and beat Tim The Pitt, the region’s best b-boy.

Breakdancing has a unique history in the Cambodian Diaspora. “Year Zero” Cambodians in the late 80s and 90s were living on edge, suffering from poverty, and gang members. Surprisingly, Cambodian gangsters back then liked to b-boy, they were “powerheads,” people who could do really crisp dynamic power moves. Seattle is home to the Massive Monkees (@massive_monkees), a world-famous breakdancing collective, including Cambodian Lil Lazy (@lillazymm). In the late 90s and early 2000s they were known for extremely innovative routines that inspired the whole Northwest dramatically.

I started breakdancing because my brother was a “powerhead’’ and my cousins were in crews. When I understood the legacy of breakdancing in my family and its impact on the Cambodian community, I was like wow; I want to be a part of this.

With regards to immigration and deportation, I still think its ridiculous how many people are on stand-by for being deported. Even decades later they’re on stand-by and don’t know their fate. It just makes me nervous. My dad is cleared from that, his brother’s are cleared from that, however, my uncle is still at risk for deportation. Every time he goes into an immigration detention center, he never knows whether he will come back. The day before my uncle goes to the immigration center, his family and friends get together and pretty much have fun, like it’s the last time. For that to happen multiple times in a year is stressful and on top of that too, I have four nephews. He said, Mangley if I’m gone one day I want to you to help out with your sisters as much as you can. It’s kind of sickening to sit with that thought and that one day he might be gone.

I definitely had a couple of years of downtime when I lost faith because of challenges in my life. For some reason I kept going. Breaking helped alleviate anxiety and definitely saved my life; as well as the unconditional love and brotherhood of all the crews. If I see another breakdancer struggling, I try to help. Hopefully the stories that I bring back from events inspire them. In the future, I hope to take others along with me to events. I just want to keep going and going. I believe that b-boying has had a positive effect on the Cambodian community because it has provided a way out from gangs.