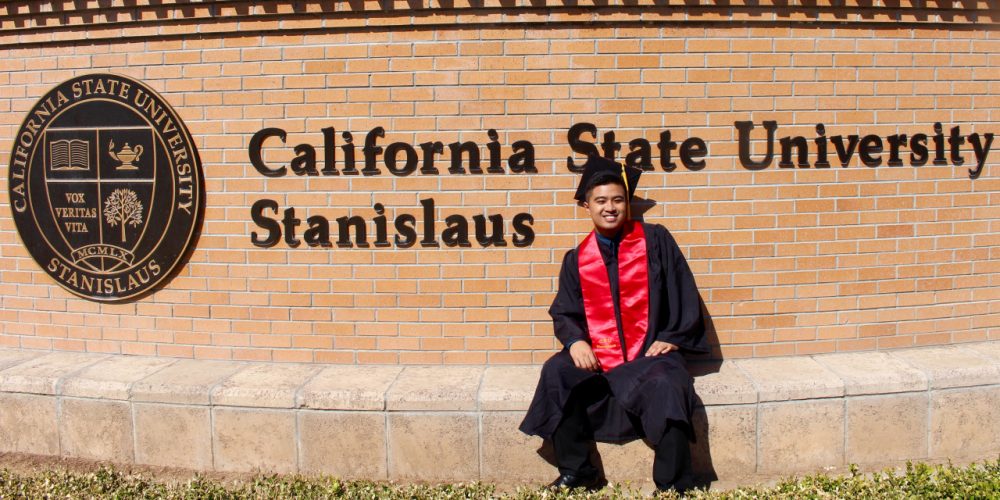 My name is Sunny Panh, and I am 23-years-old. I am a Cambodian-American and currently reside in Stockton, CA. I will be walking the stage May 28th at CSU, Stanislaus with my bachelor’s degree in Biological Sciences. As the oldest of the one other sibling, I will be the first within my immediate family to receive a Bachelor Degree.

Sometimes the dire need for superheroes is more prevalent in certain areas, which is the case for my hometown. Living in Stockton, CA, there is a major need of leaders to empower the community. Stockton is the city I was born and raised in and the city itself has high poverty and violence rate. Growing up in a multi-ethnic city with a large population of Hispanics and Southeast Asians, I was exposed to a very diverse environment. One of the biggest issues of my city is that there is a large population of concentrated poverty-ridden Southeast Asians, especially within Cambodian-American. In 2012, it was shown that some Cambodian areas had poverty rates that were two to three times the national average, thus presenting many challenges. Many of these people within this ethnic group lacked the tools and resources to succeed in life. In the PBS Documentary, By The Numbers, showed that 35.5% of Cambodian-Americans lack a high-school diploma, so there are very few successful Cambodian-American idols that can pave the way for success for the next generation of Cambodian-Americans. This void of positive role models has led many Cambodian-Americans within the inter-cities to drop out of school and join gangs, which is shown by Cambodian-American youth having one of the highest dropout rates in the country.

I want to become a leader within my community and show that Cambodian-American can succeed in America. One of the rarest things you can find is a Cambodian physician. Although I live in a large community of Cambodians, I have yet to see a Cambodian physician within my city. Statistically speaking, Asian doctors are no longer the minority, but when you look into the statistics in more detail it shows another story. Cambodian-Americans make up a extremely low percentage of these Asian doctors. By pursuing to become one of the few Cambodian doctors in the city of Stockton, I can really strive to be an idol to influence the future generation of Cambodian doctors and influence my entire city, regardless of race, to advocate a healthy lifestyle and make a push to have the youth positively change my city and more.

Tiffany Or
Guitana B. Sath
To Top