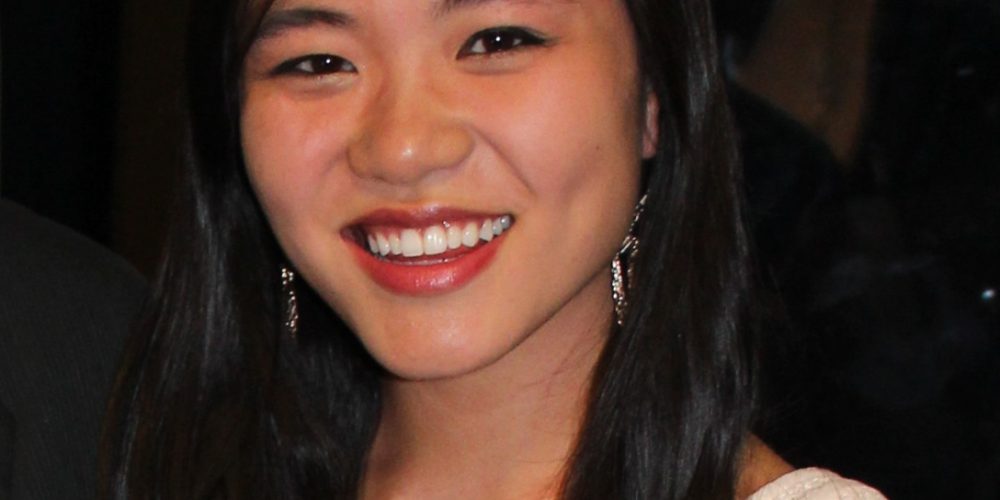 Megan Taing is a small town girl with big world aspirations. Raised in suburban Kentucky, Taing spent last summer in Paris before resuming her senior year at Harvard University. Like any twenty-something adult, Taing immerse herself in the rich French culture by visiting museums, galleries, and other historic sites. She sat down with Khmerican​ in Boston to share her thoughts about the Paris attacks, Islamophobia, and how it feels to be one of the few Khmer Americans at the prestigious Ivy League school.

KHMERICAN: Share us your thoughts about the terrorist act in Paris.

MEGAN TAING: What happened in Paris was certainly a despicable and scary act, and I think the world reacted with particular outrage because Paris is so familiar to so many—through photos, through literature, through movies, or firsthand visits. There are two lessons to be learned from this attack, though; first is realizing that the Western world is not and should not be a bubble, although media often likes to portray it that way. These attacks also happen and are equally brutal in the Middle East, in Africa, and in South Asia, as #prayforbeirut, #prayforbaghdad, and #prayforhumanity would indicate, trending almost as quickly as #prayforparis did. We can’t prioritize and shouldn’t publicize loss of human life on European soil more than we do the loss of life just one sea away. The other takeaway is that we have to fight growing sentiments of Islamophobia and refugee discrimination. We’re afraid because many of us have been privileged with security of home and life, but just because fear is natural doesn’t mean that it’s the adequate or right response to this situation. Our tolerance as a global community will make us infinitely stronger than our fear ever will.

KHMERICAN: How do you feel about being one of a small handful of Khmer Americans at Harvard?

MEGAN TAING: Since coming to college, I’ve always known that I wanted to write my senior thesis on the Cambodian genocide. I remember thinking my freshman year, “I’m at what’s supposed to be one of the best universities in the world…and I can’t find any scholar who does anything with Cambodia.” That was absurd to me, and my passion for raising awareness of the genocide and bringing more attention to Asian American studies here has been a huge part of my identity. It’s an honor to be one of the few Khmer who have passed through Harvard, but more important is what I can do with that role. My research gives me a chance to get in touch with my ethnic roots, yes, but I also want to make an impact on genocide and memory studies, which far too often ignores Southeast Asia and Cambodian voices. My thesis advisor said it best: “Being Khmer doesn’t give you the right to speak in academia for other Khmer, but it does give you the right to speak with them.