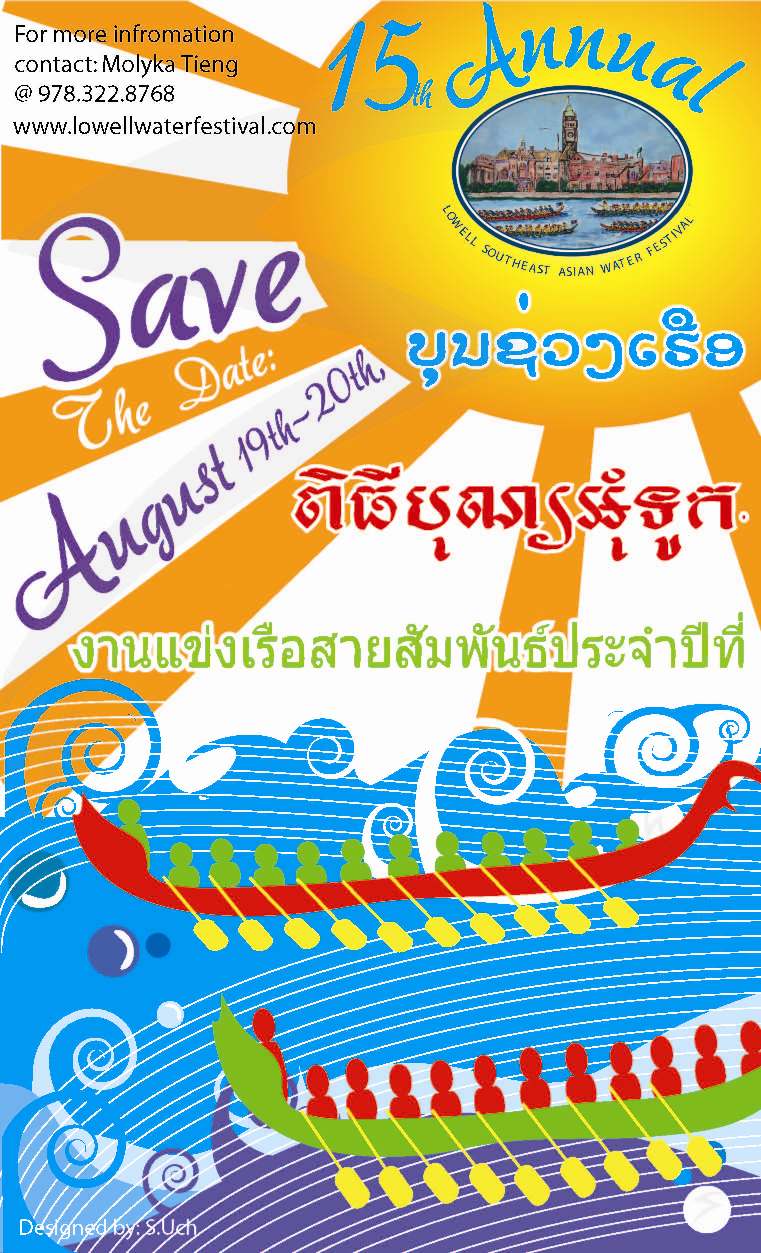 LOWELL, MA – What was once a major American industrial center in the 19th century is now the home of one of the largest Cambodian populations in the world and the host of a century-old Southeast Asian tradition. The Water Festival, or Bonn Om Touk in the Khmer language, celebrates the significance of water as a source of food, transportation and livelihood. In Cambodia, the festival marks the reversal of the Tonle Sap River, which marks the end of the rainy season and the start of the fishing season. But in Lowell, the festival is packed with cultural activities, music, entertainment and boat racing. The 15th Annual Lowell Water Festival was held on Saturday, August 20th from 10 AM to 4 PM.

Organized by the Southeast Asian Water Festival (SEAWF), the day-long event has been hosted in Lowell for 14 years. The event brings not only Cambodians but also the larger Southeast Asian American communities together. Starting in 1997, Samkhann Khoeun, then Executive Director of the Cambodian Mutual Assistance Association (CMAA), spearheaded the movement to bring the event to the community.  It became such a success that by 2002 it had expanded to include other Southeast Asian communities, namely Laotian, Burmese, Vietnamese, and Thai. The event symbolized the unity within Lowell’s rich ethnic diversity.

The SEAWF is celebrated every third Saturday in August, unlike in Cambodia, which annually celebrates the festival for three days in early November.  An estimated 50,000 to 60,000 people from all over America and even from other countries come to take part in the festivities, which include monks’ blessings, Southeast Asian cuisine, one-of-a-kind arts and crafts, performances such as traditional dances and modern musical routines, and the highly anticipated boat races.

“The Lowell Southeast Asian Water Festival is dedicated to the preservation, protection and sharing of the cultural heritages of the Southeast Asian Americans of the Greater Lowell, Massachusetts area,” said Van Pech, SEAWF board member and candidate for Lowell City Council in the 2011 election. “I got involved to help preserve our [Khmer] culture and traditions.  It’s vital to keep it going strong from generation to generation, so we will never forget our culture and rich heritage.”

Dahvy Tran, Vice President of the SEAWF added, “I became involved unexpectedly. I decided to attend the [SEAWF] meeting. It was not what I had expected. I found out quickly that most of the organizing was planned by a handful of people. It was remarkable to see this, because I always assumed that it took hundreds of people to plan an event of this magnitude. What was more amazing was how everyone involved were volunteers.”

Molyka Tieng, president of the SEAWF explained, “We are all passionate volunteers that work full-time jobs. We, as board members, do not make a single penny. All the proceeds go straight back into the Water Festival every year.”

Grant support from the Lowell Cultural Council will add a third boat, this year’s main attraction. Tran adds, “The funding provided renovation to one of the Cambodian longboats at the North Chelmsford Buddhist temple. Several volunteers and I met every Sunday for the past few months to work on the boat, and it will be revealed this weekend!” 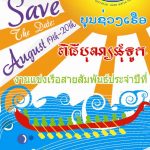 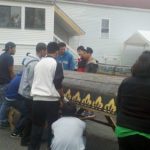 Tieng also revealed that a fourth boat will be restored for next year – so there will be two Khmer boats and two Laos boats competing in August 2012.

The SEAWF’s annual budget is approximately $50,000 a year. The event remains free of charge to the general public through the continued support of sponsorships, donations, and the purchase of souvenirs by the attendees of SEAWF. For more information, please visit SEAWF’s official website at http://www.lowellwaterfestival.com.

—-
Dahnie Tran is emcee and committee member for the 2011 Southeast Asian Water Festival.

Buddhist Temple Teaches Khmer and Buddhism to Children
To Top