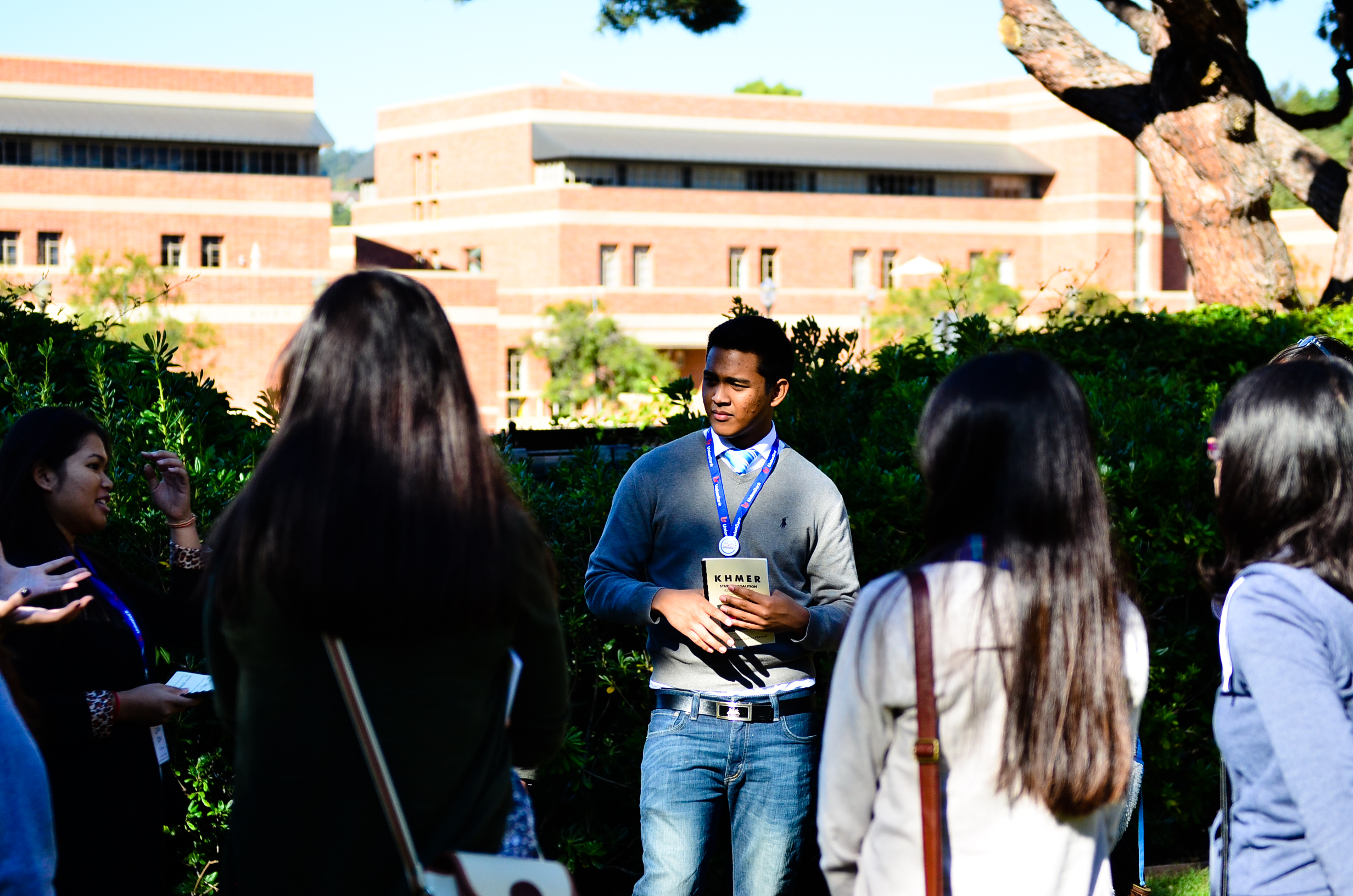 The United Khmer Students at the University of California, Los Angeles (UCLA) and The Cambodian Family, a non-profit organization in Orange County, hosted the Khmer Student Coalition (KSC) Conference on November 5th.

LOS ANGELES, CA – The United Khmer Students at the University of California, Los Angeles (UCLA) and The Cambodian Family, a non-profit organization in Orange County, hosted the Khmer Student Coalition (KSC) Conference on November 5th. The annual event marked the first collaboration with a community-based organization since the inception of the statewide collegiate conference in 2005. The coalition and conference were established for Cambodian youths to address topics of history, culture, and identity. This year, unity and solidarity were emphasized under the banner theme, “We Are the Ones We’ve Been Waiting For.” 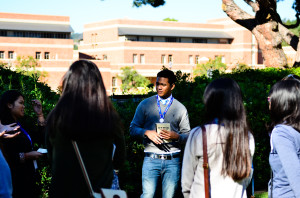 Participants break out into family groups.

A new aspect of the conference this year was the placement of students into “families” headed by alumni. The various assigned family groups allowed participants to interact with a mix of students from 25 colleges while addressing various topics. Approximately 175 people (even a few non-Cambodian) were in attendance, including organizers and facilitators.

“‘Wow!’ That is the word that comes to mind when I see how KSC has grown, and it’s grown beyond what I expected since I put on the first KSC back in 2005,” said Monica Mean, UCLA alumna and former conference organizer.

While local college students from the greater Los Angeles region dominated the conference, some traveled from as far as Sacramento, Phoenix, and Seattle for the full-day event at the UCLA campus.

Rattana Yeang, the keynote speaker during the conference’s opening session, shared his journey of discovering his Cambodian identity and how it led to his involvement with different community organizations, such as his current role as board member for the Southeast Asian Resource Action Center. “I am a Cambodian American very much concerned with the atrocities that were committed by the Khmer Rouge during that period of time,” Yeang said, pointing out the importance of what he learned as a history student while in college himself. His speech also highlighted the need for youths to become involved with advocacy to bring awareness to issues that under-represented communities face.

Participants then played a large-scale icebreaker game that involved matching song lyrics to colors marked on strips of paper to find the others in their group. Once the groups were formed, people took to their smartphones and began humming and chanting the lyrics of their respective songs. Some groups had notable chorus performers while others simply sang-spoke the lyrics as the microphone was passed around their group.

For most of the day, however, students attended three hour-long workshops that focused on the Cambodian American experience and considerations necessary to keep the community flourishing. Students were randomly assigned to one of the concurrent workshops each hour and then reconvened with their family groups for deeper discussion after each workshop.

“The workshops have been great. What I like about them is that it’s a safe space, so we all talk about our opinions—about how we feel about our culture, how we were raised, and our roots,” said Melinda Kuoch, president of the Cambodian Awareness Organization at the University of California, Irvine. “So it’s definitely great to get different perspectives and to know that other people feel the same way we do.”

The informational workshop sessions were also intended to give students the resources for community building by presenting the opportunity to join a dialogue between the large networks of Cambodian student groups. The discussions in these workshops were meant to tackle challenges in creating an organization and different approaches to sustaining these groups. It allowed many students to share their leadership knowledge with those who were new to community development.

The workshops were followed by dinner donated by local sponsors, parents of organizers, and KSC students. The lines packed the Student Activities Center basement as everyone eagerly waited for their Cambodian-style meal. For some of the students, it was an infrequent chance to eat homemade Khmer nom banjok and sach ko ja’kak, or broth over rice noodles and beef sticks.

Phalen Lim, director of The Cambodian Family’s Plan Ahead Youth Program, was the closing keynote speaker. She shared her experiences of growing up during the Khmer Rouge and her life as a young girl in Santa Ana, California. Lim was an active member of The Cambodian Family as an adolescent, and she remained engaged with the organization while attending California State University, Fullerton, where she attained her bachelor’s and master’s degrees. Along with her dedication to the Cambodian community for the past 20 years, Lim’s speech showed her profound dedication to bridging the gap between Cambodian youth and their elders. 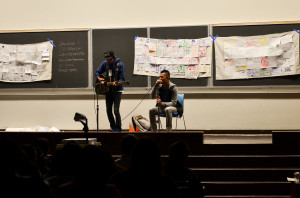 The event concluded with abundant laughter, talent, and inspiration as each of the family groups got on stage to perform a skit that they had worked on during the post-workshop meetings throughout the day. Many of the skits echoed this year’s theme, “We Are the Ones We’ve Been Waiting For,” deepening the sense of self-empowerment across all the students in attendance. Individual performers then had their own chance to impress the crowd.

Malissa Tem was also a conference participant and took photographs for The Khmerican.