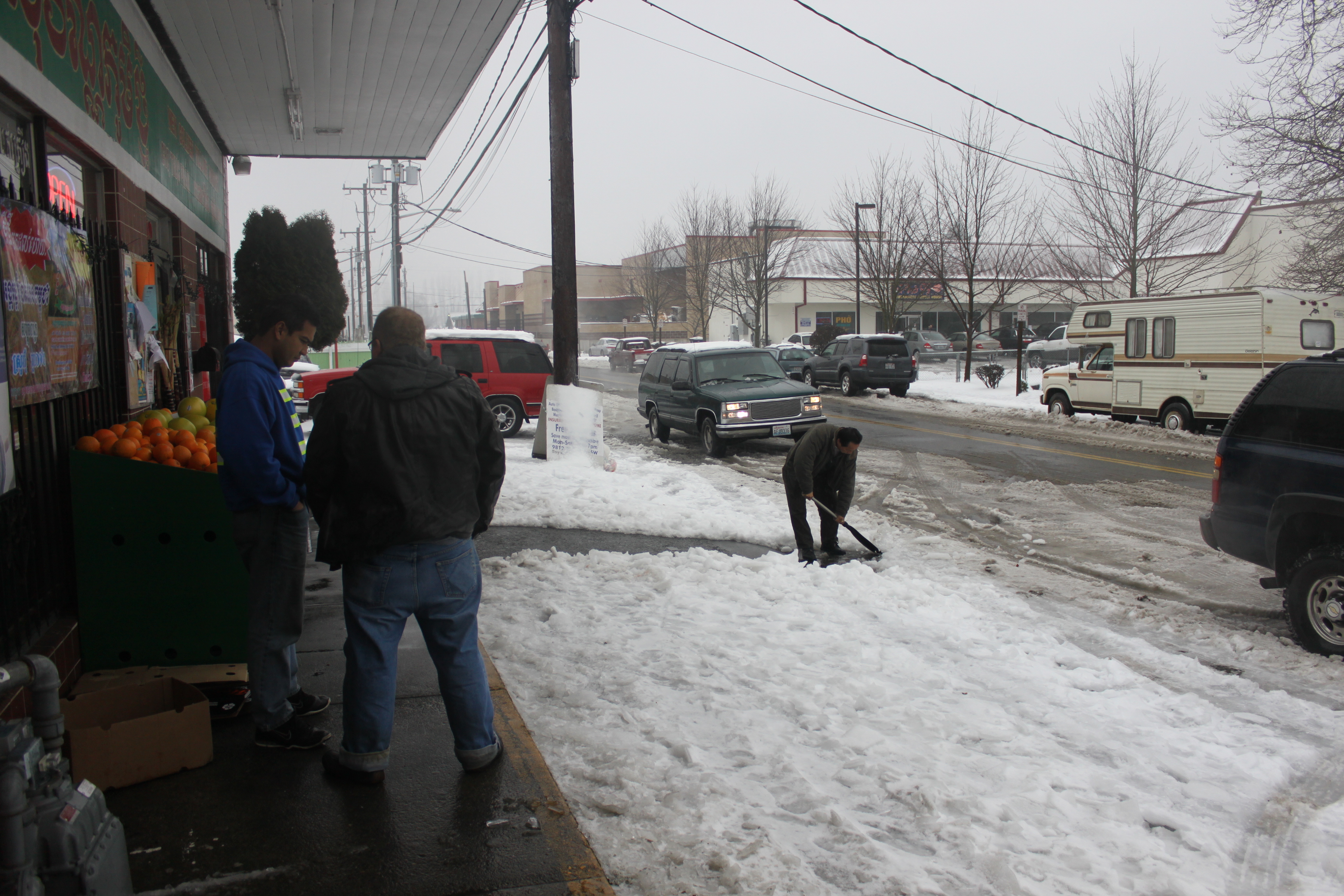 SEATTLE, WA — A powerful blizzard that has crippled the Seattle area eased up a bit as of Friday. Conditions changed for the better as higher than expected temperatures brought rain instead of snow, making commuting possible once again, albeit cautiously. Some meteorologists were calling it the worst snowstorm here in 25 years.

Thursday’s conditions were the worst yet as the falling snow turned to icy rain, bringing down trees on top of power lines, clogging sewers with debris and causing floods in some streets. Many businesses and schools in the region shut down outright for fear of being trapped in the elements. SeaTac International Airport grounded flights in response to iced runways, and thousands of homes in the greater Seattle metropolitan area were left without power going into Friday. Governor Chris Gregoire has declared a state of emergency, authorizing help from the federal government.

However, in White Center, the bastion of one of the largest local concentrations of Cambodian Americans, optimism ran strong in the face of the blizzard.

“The last couple days have been tough, but I’m doing okay. Struggling, but it’s getting better, “ said Sam Yin, owner of Sam Way groceries. Yin benefitted from an early evening rush by staying open until 6 p.m. while other grocery stores and shops closed or began shutting down in the early afternoon Thursday. 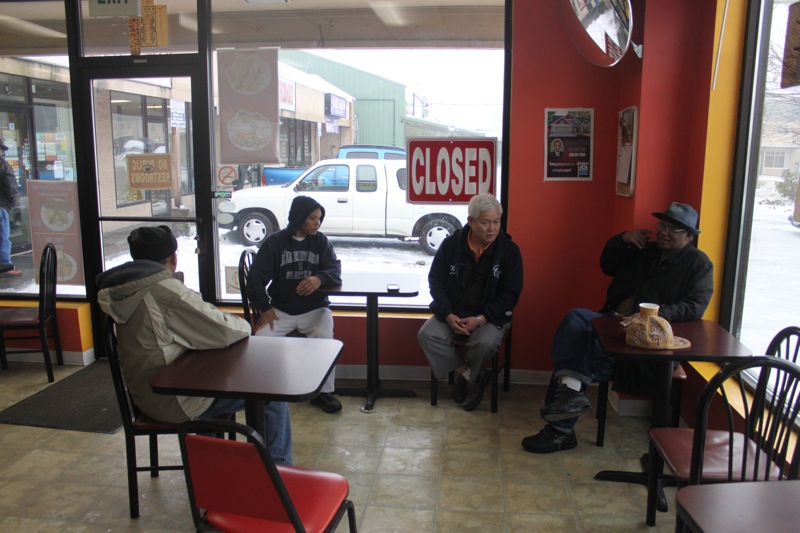 Chia (Jay) Thach, local socialite and owner of White Center Market (formerly New Angkor Market), echoed the same sentiment on Friday. “Business is good today. I opened at 11 a.m. yesterday [Thursday] but it was a ghost town. So after an hour or so, I decided to close shop. Today has been pretty good though. ”Several yards away from Sam Way grocery, life continued as if no storm had hit at Golden House Bakery and Coffee Shop, where many locals converge to talk Cambodian politics and catch up on current events. “Doing well, had to get coffee,” said Mr. Sem while getting into a debate about Thai–Cambodian relations as of late.

Although the arrival of rain instead of snow seems to be a development in right direction, Friday evening’s forecast calls for even heavier rainfall, with temperatures ranging in the 40s. Drivers should remain cautious as the city continues to respond to flooded streets and intersections where the snow and the ice has turned into slush, in addition to the hazards of downed trees and power lines. 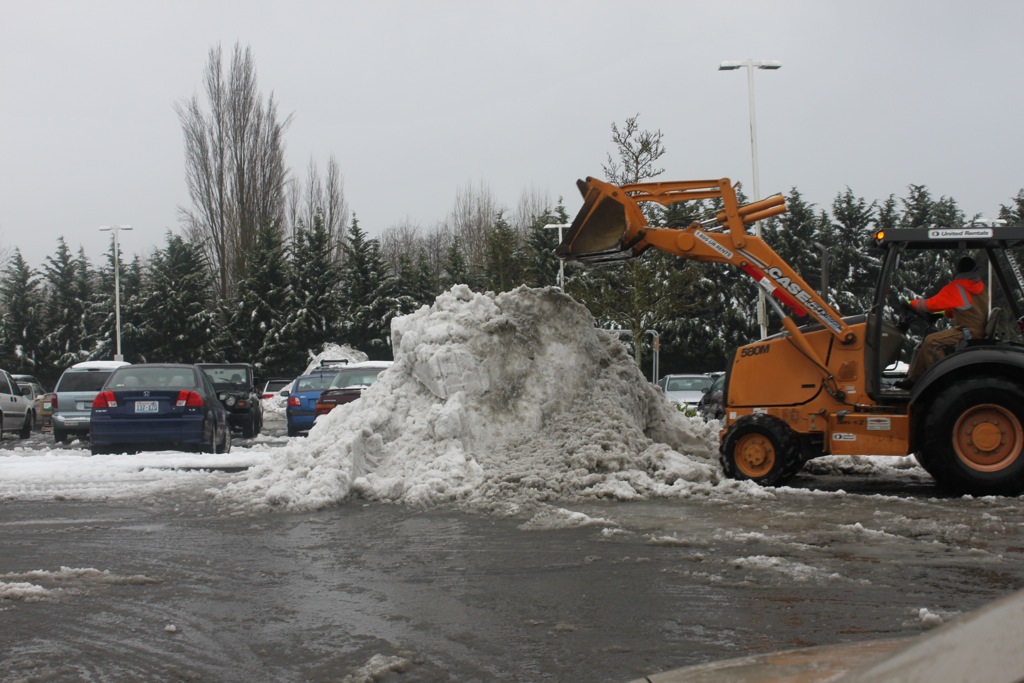 Bulldozers plow up to 3 inches of snow and ice off the parking lot at Safeway in Roxbury White Center.