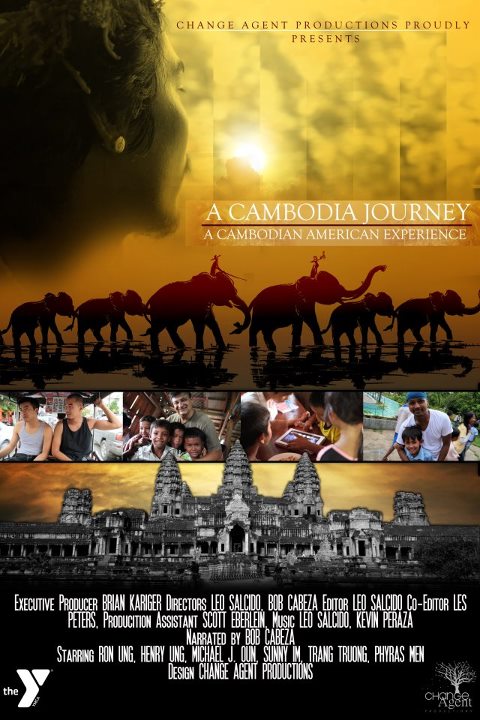 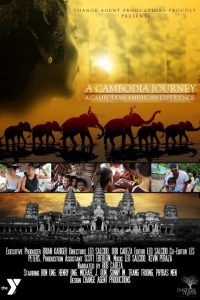 For children of those who survived the Killing Fields, their first trip to Cambodia can be an intense experience, an awakening of the mind that can forever alter their perspective on what the ancestral homeland really means to them. The documentary “A Cambodia Journey” follows six young Cambodian Americans, who all work on the staff of the YMCA of Greater Long Beach, in their quest to reconnect with their culture and heritage. In conjunction with the YMCA of Phnom Penh, the program aims to bridge the the cultural gap that exists between Cambodians and Cambodian Americans as well as to foster community service, education, and team-building.

Staffer Sunny Im had never been to Cambodia before. She was born in a refugee camp in Thailand, a familiar story that many children of Cambodian refugees share. After the group took  the kids from the YMCA Street Children Program to a water park, Im was shown walking along the street, barely holding back tears: the street children remind her of her daughter back in Long Beach. “The hard part is saying ‘no,’” she remarked about the young beggars selling trinkets, her eyes welling. “I’m just picturing my own daughter at that age.” She walked by the many children trying to make a living on the streets of Phnom Penh. It can be a heartbreaking experience for first-time travelers to Cambodia. The feeling of hopelessness at the sheer scale of poverty puts one’s own problems back at home in a new light.

Next up was a trip to Kampong Som, a popular beach resort destination for Cambodians and foreigners alike. During the bus ride there was a great moment in which Phyras Men and Trang Truong from the Long Beach group introduced themselves to the Cambodia YMCA staff. The purpose of the trip was to bring together the team of Phnom Penh’s YMCA and the six young Khmer Americans, connecting them to each other through exercises meant to promote communication and problem-solving. After that was a class in digital media, in which the group from Long Beach taught a group of young Cambodians how to create their own movies using Apple computers and software. The students expressed their heartfelt thanks, telling their instructors that it would have been difficult to gain this knowledge without the help of the YMCA.

During their trip to Angkor Wat, the crew lamented the stunted state of Cambodian society, due to the genocide. They were seeing a country that had such promise and built so much, and the Khmer Americans wondered to themselves about what could have been.

The final leg of their journey was the Genocide Museum at Tuol Sleng, the school turned into a prison, where hundreds were tortured and murdered. The Long Beach staff members are seen navigating the halls solemnly, staring at pictures of faces that look just like theirs, knowing that those people were brutally murdered by their own countrymen. They wander in a daze, passing blood-stained floors and shackles, almost completely silent, seeming to reflect on the horrors that humans are capable of. Trang was brought to tears by the pictures of the dead, the moment too much for her to bear. If Angkor Wat represented the summit of what Cambodians can achieve, Tuol Sleng shows that there are depths to which we should never return. The trip to the museum was a sobering experience for the group, and those feelings were conveyed to the viewer as well.

The documentary, beautifully shot and edited overall, ended with a message of hope and a plea for assistance, whether it be in the form of money, volunteer work, or other contributions. The Long Beach staff implored Cambodian Americans to visit Cambodia themselves, to see with their own eyes the suffering that the citizens are enduring. “These people are very eager to learn. They’re very hungry to learn. It’s not enough teachers, but so many students,” said Michael Oun of Long Beach. The film shared the experience of the young Cambodian Americans’ journey, but it was bittersweet. The joy they felt in helping their fellow Khmer people was balanced by the sentiment that they weren’t doing enough. So although their journey ended, it was perhaps just the beginning of a true awareness that will urge them to do more to relieve the suffering of Cambodia.