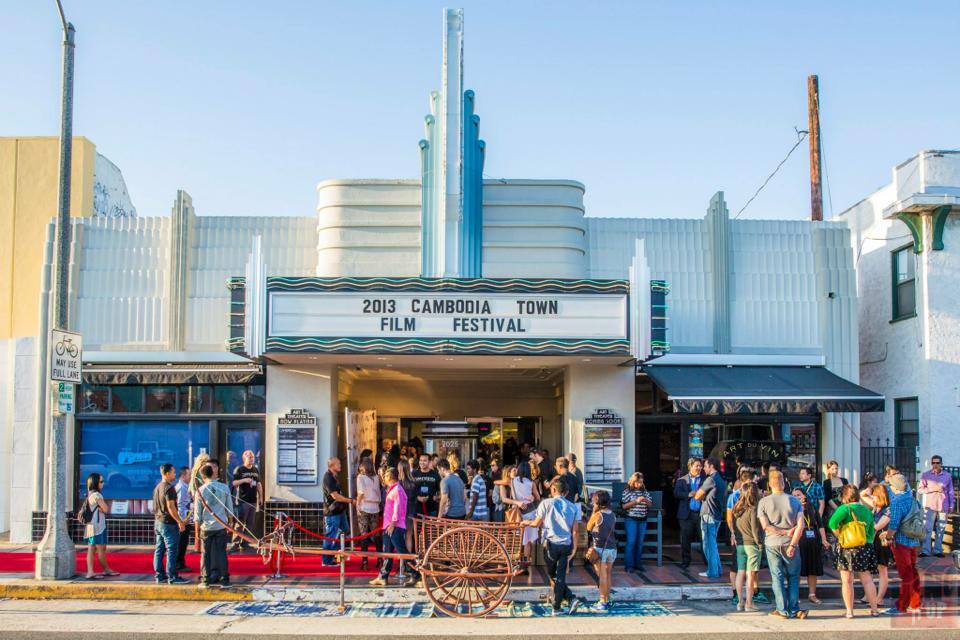 Talented performers and filmmakers created a public platform to share stories of Cambodians at the first ever Cambodia Town Film Festival this past weekend in Long Beach, California.

The co-directors of the festival, praCh Ly and Caylee So, organized the two-day event to showcase stories and experiences of Cambodia’s past and present. The event brought the community together in not only documenting but celebrating Cambodian culture.

“There’s so much creativity in the Cambodian community” said student and festival volunteer Sidrich Chhour. “It’s a nice time for the community to come together and show their talent in film.”

The festival line-up included feature and short films as well as a music corner, festival kickoff party, and closing night awards ceremony where hundreds gathered. The Saturday features included “A River Changes Course” and “Still I Strive,” for which both of the directors were present for a question-and-answer session with the audience.

“The film really is 100% about the kids and about the deep love I felt for them, and trying to give them their film, not my film” said Adam Pfleghaar, the director, writer and cinematographer of “Still I Strive.” “To make their film about them, for them, through them.”

Among those watching the film that day was Malain Houmeoung, president of the Cambodian Student Society at California State University, Long Beach. “Seeing the documentary was something that attracted my attention [to the festival]” Houmeoung said. “These kids are really young and have a tough life and history and live in an orphanage, but use their talents and abilities to basically create a future for themselves. That’s really inspiring.”

The festival was the first of its kind for Cambodia Town and has already been praised by attendees. Film goers and volunteers looked forward to seeing the community come together to share their interest in the films. The festival even attracted attendees from out of state, including Ohio State University’s Director of the Center for Southeast Asian Studies, Christine Su.

“Living in Ohio, we don’t have a lot of resources that they have in Long Beach,” said Su. “We hardly have any Cambodian people so, I just wanted to be here.”

Plans for another event next year are already being discussed, according to So, one of the festival’s co-directors.

“Cambodia Town Film Festival is here to stay,” said So. “Now that we’ve got the ball rolling, I don’t see why we can’t keep it rolling.”