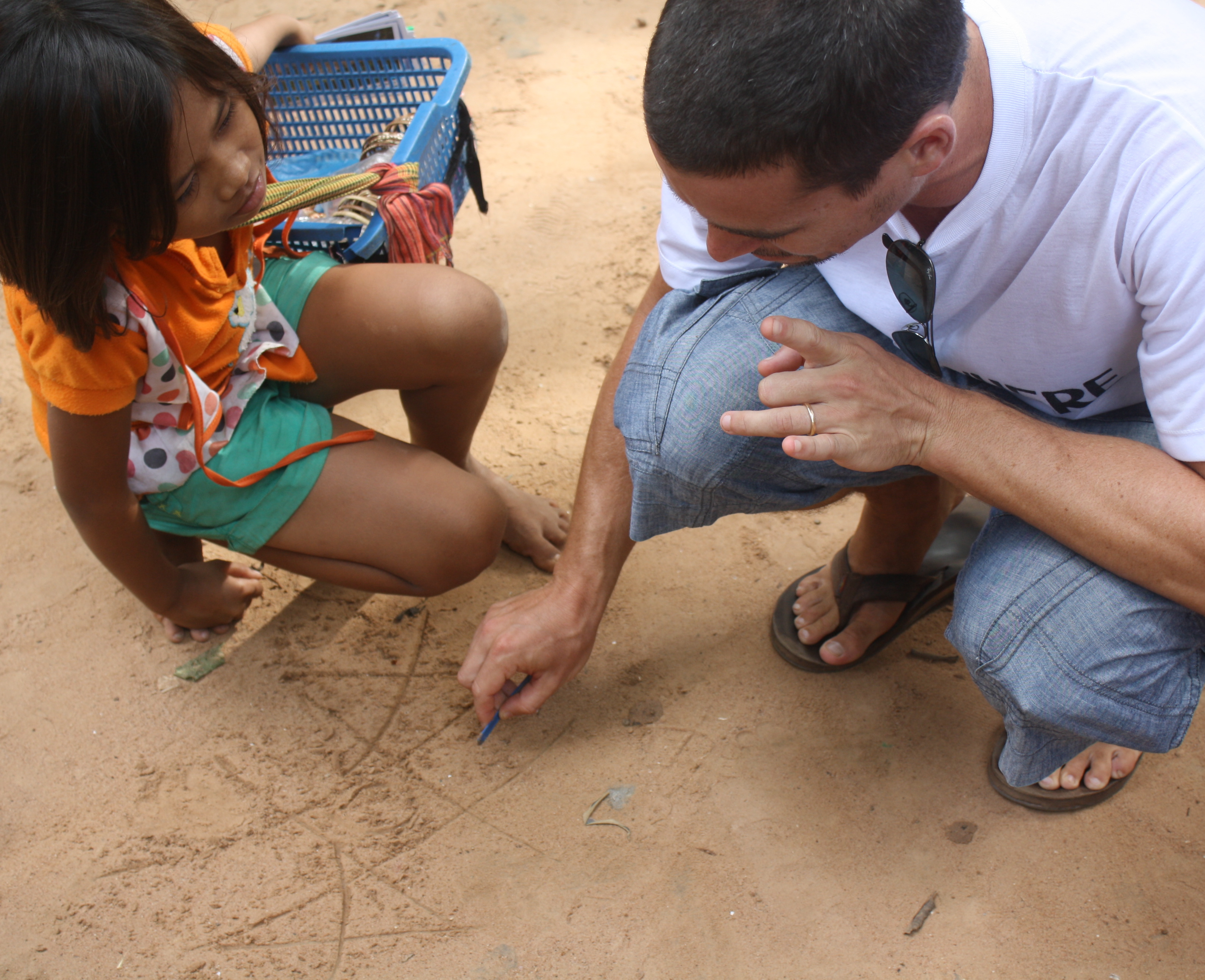 When I crossed into Cambodia from Vietnam, the first kid that I met tried to sell me a bracelet. This set the stage for most of the interactions I would have with children over the weeks that followed: “Please, buy from me.” “Mister, you need nice bracelet for wife.” “Wife no deserve good things?”

I loved their smiling personalities, their frank approach, their edgy sarcasm, and their improvised rhetoric, yet I wasn’t interested in helping to increase the number of street kids in sales positions when they should have been in school. According to a United States Department of Labor report, 49% of Cambodian children between the ages of 10 and 14 are put to work. A similar report filed by the International Labour Organization estimates that 1 in 10 children, aged 5 to 17, are illegally put to work.

Despite the heartbreaking statistics and my intended resolve to reject a social system that denied these kids a proper childhood, since these children had offered up so much personality into every attempt to sell, to deny their schlock really felt like a rebuff of their character. There had to be a way to tell them no, but leave them whole, keep them smiling the way that kids are meant to smile.

On the beach in Sihanoukville, I was sprawled out on a lounge chair, reading The Adventures of Huckleberry Finn, a novel about a precocious boy also forced to grow up faster than he should. Another bracelet vendor, age seven, interrupted my read, standing in my light and persisting in her attempt to sell her colorful yarn. She offered deals and discounts and if/then scenarios that she hoped would result in a sale. “If I pick your favorite one, then you buy a bracelet.”

I kept telling her no. But the child would not leave.

I realized that buying the kids’ trinkets would only keep them on the streets and out of their classrooms, and only gratified them with an ephemeral smile and an extended life of hardship. According to Benedicta Bywater of Safe Haven Cambodia Children’s Trust, many of these children work for “a boss who takes a substantial cut of everything they earn…if not all the income in some cases. [The kids] are missing out on the chance of a childhood, and an education.”

But I still wanted this girl to feel like a kid. So I suggested that we play rock-papers-scissors. She agreed, but offered a caveat.

“If I win, then you buy two bracelets from me.”

“Deal,” I said, before proceeding to gain the upper-hand with a fib. “You should know that I’m the international bronze medal winner in rock-paper-scissors,”

Her eyes widened at my bluff, and she turned to her younger sister. The games commenced–best of five we decided–and my opponent lost her cool. I was able to read her intended fist, flat hand, or sideways peace sign just from her countenance. I took three games out of four. She left, but unlike someone who had just lost 75 percent of the rock-paper-scissors games she played, she skipped ahead of her sister with a huge smile on her face.

Later that evening, a child of no more than three years old dropped by our table for some pizza. She was adorable, and if she continued down the beach, she was going to score ten pies worth of pizza from the other tourists on account of her toothless grin and sparkling eyes. But pizza only solves one hunger. For the next ten minutes, my wife and I challenged her to a lazy version of hide-and-seek. We ducked behind the sides of our chairs and she, taking the cue, hid behind a concrete post.

Even before arriving in Cambodia, I had spent hundreds of hours trying to provide one Cambodian kid with a sense of a childhood. He was growing up haunted by his past. The boy was an infant survivor of the Cambodian genocide, and he was living in the 1990s as the protagonist of a novel that I’ve been working on for a few years. Because of him, this boy that had formed in the wrinkles of my mind, I’ve thought often about how the 1970s affected Cambodia’s youth, not only the kids born during the atrocities, but those raised decades later in a country still handicapped by the Khmer Rouge.

My wife and I left Sihanoukville and worked our way north toward Angkor Wat, where everyone marveled over the temples. I, however, went around telling kids knock-knock jokes. Though some of the better English-speaking children had fun with the jest, the idea backfired, as they tested out their new material on other tourists and raked in double the profit for the postcards they were hawking. Using a stick and dirt, I played tic-tac-toe against a little girl, who I hoped would go on to challenge her sister. And I accidentally started an improvisational a cappella group that consisted of one kid and a monkey. The monkey was unamused, but the boy kept singing.

In the end, I’m not sure if any of those kids will ever remember that moment that we shared, but it’s always nice to see the smile of a child who lives in a country that forces youngsters to grow up much too fast.

Noah Lederman writes the travel blog Somewhere Or Bust. His writing has appeared in the Boston Globe, the Chicago Sun-Times, Islands Magazine, the Economist, and elsewhere. He’s also the author of Traveling the Cambodian Genocide. A third of all proceeds from this book are being donated to a Cambodian charity. He is also at work on a novel about an infant survivor of the Cambodian Genocide.

“Cambodian Son” film to portray an unlikely poet’s redemption
About face: the Cambodian diaspora increasingly turns to its roots
To Top