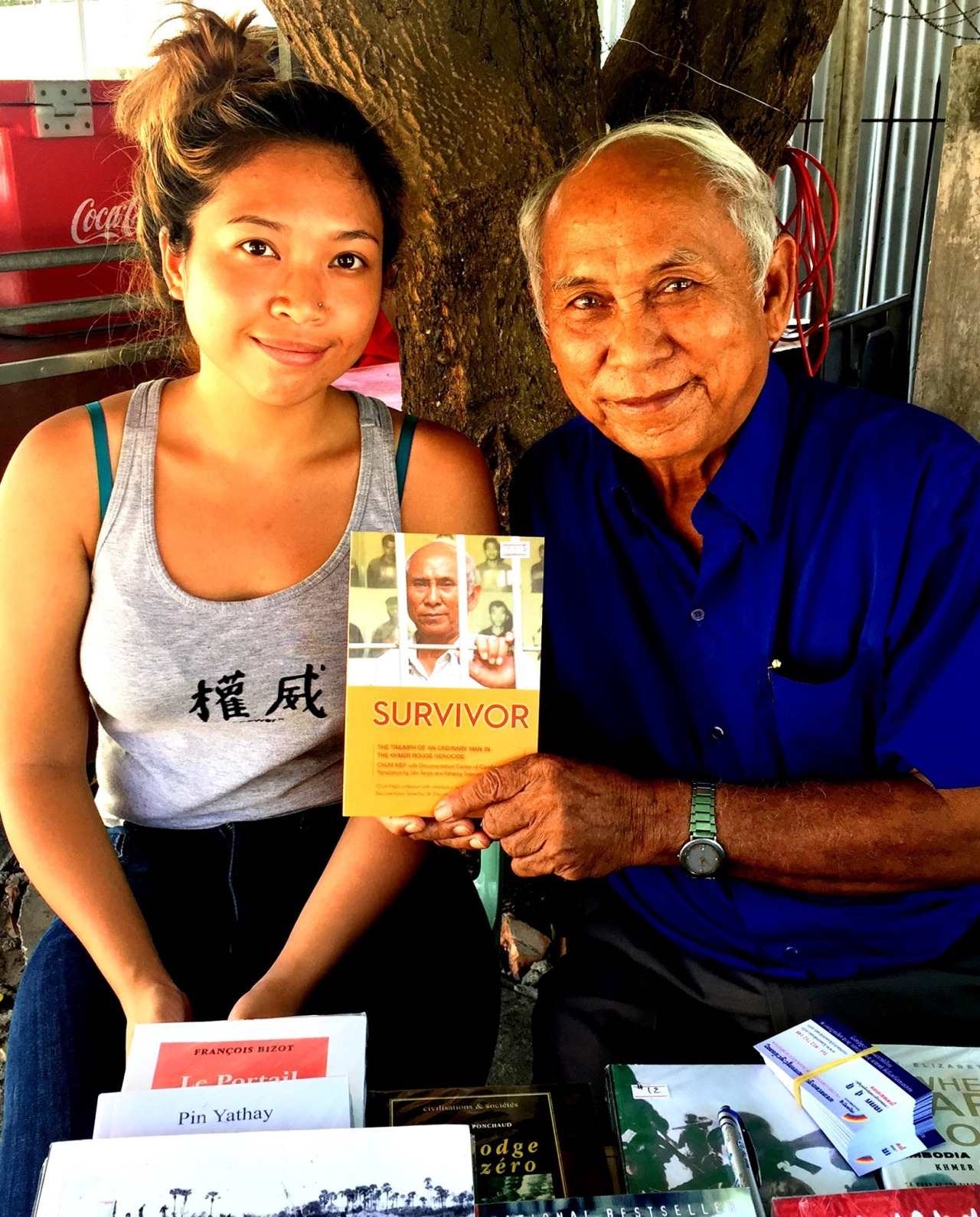 “I remember I was there with two of my cousins and we were walking through Tuol Sleng. He was strolling along back and forth, kind of watching people. There’s something about his eyes, they’re really shiny or bright. It was in 2008 and for some reason I recognized him, but I wasn’t sure from where. Then I remembered I had seen him in a documentary on S-21. He was in it and it clicked- OMG he’s a survivor!

(My mom and dad survived the Khmer Rouge Genocide also).

I remember that was one impactful moment at Tuol Sleng; when I recognized him. I asked him if I could take a photo with him. I used my film camera and I lost that roll, so I never had the picture and I was so upset. Because I met this guy! I met him! So then you took our picture today, again.

I remember when the verdict came out for Comrade Duch. So when that was announced, I remember Choum Mey and another one of the survivors came out and they were just crying and crying. I saw the video and I broke down, omg this is unbelievable, I can’t imagine what this means for him. I bought his book today so I’m excited to read it.”