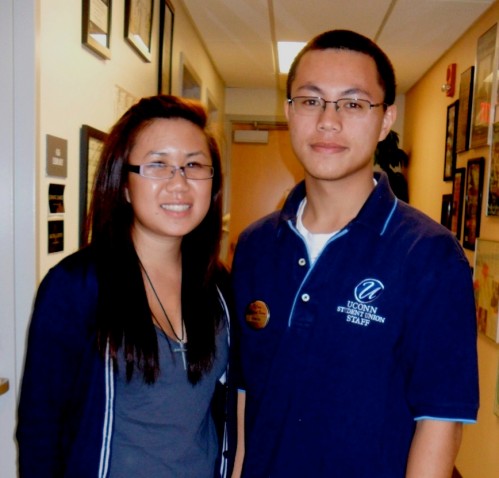 Home to the first silk mill in the United States and surrounded by protected parks and preserves, Storrs is a small community centered on life at the University of Connecticut. 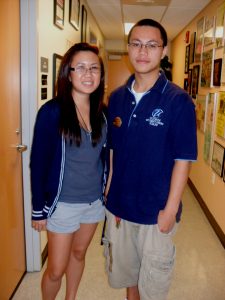 MANSFIELD, CT– Home to the first silk mill in the United States and surrounded by protected parks and preserves, Storrs is a small community centered on life at the University of Connecticut. And in this unlikely environment stands a small but committed group of student leaders who want to bring Khmer culture to campus.

Leading this effort is 21-year-old senior Patrick Lour, who recently mobilized his fellow students to establish the Cambodian Student Association, or CamSA. In late August of 2011, after being inactive for eight years, CamSA became recognized once again in the university’s student organization directory. Its registration marks the 65th Khmer-student organization (KSO) in the nation.

The first known KSO, however, was founded in the fall of 1969 on the campus of California State University, Long Beach (CSULB). Its inception was a result of the first wave of international students who began to arrive in the U.S. after Cambodia’s independence from France. Before its lapse into inactivity, CamSA, like the Cambodian Student Society of CSULB, served and supported Khmer students and worked to raise cultural awareness among the campus community.

“I felt the need to create an organization that brought people together to learn more about their own [Khmer] culture,” said Lour, CamSA president and chief operating officer. There were Cambodian students attending meetings run by the Vietnamese Student Association and Filipino American Student Association, but none for those that embrace Khmer culture.”

Despite UConn’s aggressive recruitment of students from underrepresented communities, Southeast Asian Americans, especially Cambodian Americans, have lacked visibility among the 30,000 students that comprise the six campuses. Overall, the university does boast a 9 percent Asian population among its enrollment.

“As an incoming freshman, I wondered why there was no Khmer student association,” said Dan Vang, 20, now a senior in anthropology. To build his leadership skills, Vang resorted to joining the Japanese Student Association and founded a breakdancing collective, serving as events coordinator and president, respectively. “But I became part of CamSA because I wanted to help create a comfortable environment for other Khmer students to come together and share. It was a cure for my being homesick.” 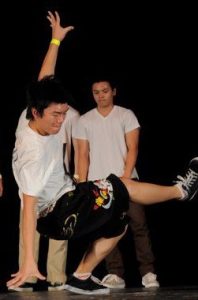 Vang grew up in Khmer-populated neighborhoods of Providence, Rhode Island and Bridgeport, Connecticut that remain deeply embedded in his psyche–from the sound of the Khmer language taught in local community centers, the scent of fresh beef skewers sold at markets, and the jubilant faces of colorfully-dressed locals celebrating New Year at the Buddhist pagodas. Those sensations filled his childhood but have been absent throughout his college experience.

But today CamSA consists of approximately 25 members and a faculty advisor who Vang hopes can all revive the organization, helping him and others to reconnect with their roots.

“It’s important that we create CamSA to serve as a platform for education and dialogue,” said junior and CamSA treasurer Amy Ear. A mathematics and education major, Ear is ethnic Chinese but grew up culturally Khmer, born and raised in Norwalk, CT. Her parents’ combined numbers of siblings totaled 17, but half perished during the Khmer Rouge regime from 1975 to 1979. “It’s been a great experience to see other Khmer students come together to learn from one another.”

CamSA’s first event will be a fundraiser selling spring rolls, on October 31st. Other activities planned for the academic year include a Khmer Pop Night that brings national acts such as praCh Ly and Tiny Toones, as well as doing outreach with other KSOs in the New England area.